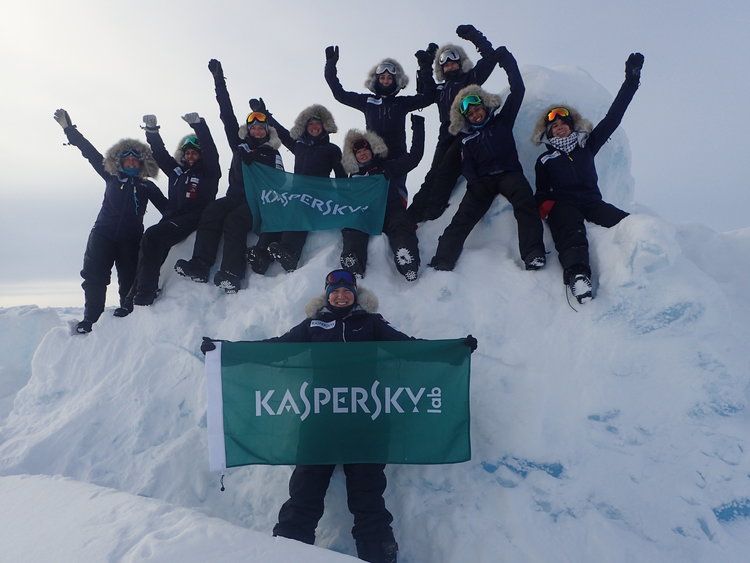 A team of adventurous women from Europe and the Middle East completed a last degree ski expedition – which calls itself the Women’s Euro-Arabian North Pole Expedition – took about seven days to cover the 80 km (50 miles) from their drop off point to 90ºN, reaching that spot this  past weekend.

The journey for these women began back on April 15, when the first flew to Svalbard in Norway, and then on to the Barneo Ice Camp. From there, they were transported out onto the Arctic ice and began their ski excursion to the northernmost point on the planet. The group was organized and led by veteran explorer Felcity Aston, who skied solo to the South Pole back in 2012.

In total, there were 10 women who made up the group. Those ladies came from Saudi Arabia, Qatar, Oman, Kuwait, Slovenia, Sweden, France, Cyprus, Russia and the UK. Judging from the dispatches they shared throughout their journey, it seems that this was a truly memorable bonding experience indeed. While they may have only covered the distance from 89ºN to the Pole, it was a challenging struggle marked by cold temperatures, strong winds, and plenty of long days pulling their sleds.

The expedition had two goals: foster a better understanding between European and Middle Eastern cultures and to inspire women everywhere to push beyond their own boundaries and pursue their passions, no matter where they might take them. Those are good messages indeed.

Find out more about this team by clicking here.

_Exposure from Felicity Aston on Vimeo.