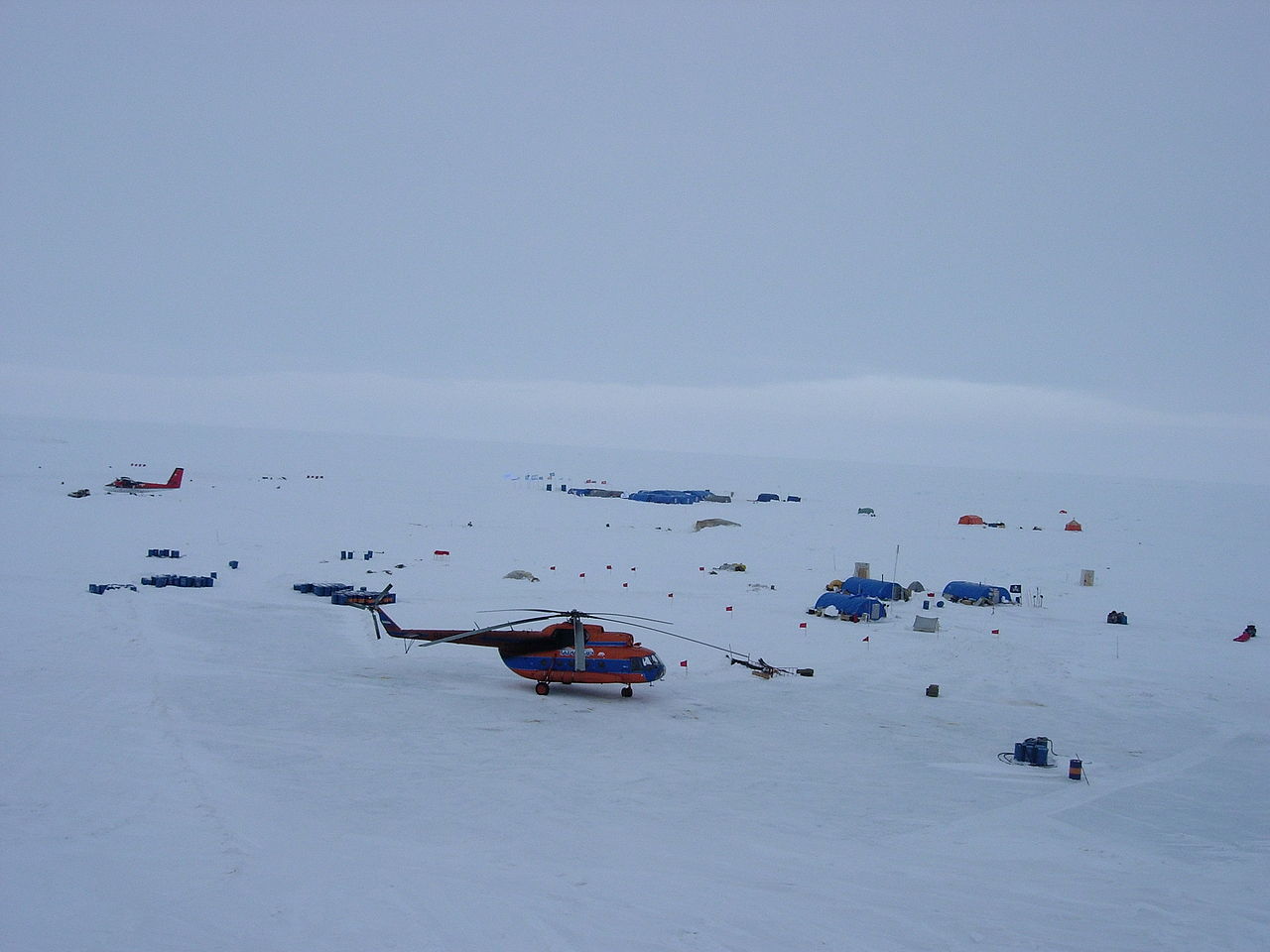 One of the traditions of spring is the building to the legendary Barneo Ice Camp on the Russian side of the Arctic each year. This temporary base is constructed on an ice flow and helps facilitate traffic to and from the North Pole throughout March and April. It also serves as a facilities for scientists and researchers to conduct studies in the region, particularly keeping tabs on the impact of climate change and warming temperatures. For a time, it seemed like this year we might not see the camp get built at all, but now preparations are underway and it looks like it will indeed open for a possibly shortened season.

On the Barneo Facebook page it was revealed that March was a very difficult time for the team that builds the camp. Weather conditions made it nearly impossible for scout teams to head north in search of a proper place to establish the tent city that makes up the base. Things have improved now however and the first pieces of equipment – along with personnel to operate it – have arrived out on the ice.
Just building the camp is a massive and impressive undertaking. It begins with long range aircraft scouting the Arctic Ocean at about 88ºN latitude for a suitable ice flow to set up shop. Then, tractors, equipment, gear, supplies, and a construction team parachute down onto the ice to begin the construction process. That can take a couple of weeks to complete, but by the time they’re done, a blue ice runway has been built, kitchen and dining tents have been erected, numerous sleeping tents are set up for guests, and a full suite of communications gear is put into place.
This is the 17th year that Barneo has operated in Arctic, and it continues to face new challenges. Poor weather conditions have delayed its opening this year, and in recent years there have been issues with the ice runway cracking, making it impossible for aircraft to land. The camp has even had to be relocated a time or two because of these issues. Hopefully things will go a bit smoother this season, since the team is already a bit behind schedule and the window of opportunity will be narrower.
In addition to climate scientists, guests at the Barneo Ice Camp often include adventurers heading to the North Pole. Most are skiing the last degree on their way to the top of the world. The camp has also hosted the Polar Marathon at various points too. The base has also been used as an exit point for skiers heading north from the Canadian side of the ice as well, although it has been several years since anyone has completed a full-distance journey to the North Pole and that doesn’t look like it’ll change this season.
As usual, we’ll keep an eye on the any news coming out of the Ice Camp in the days ahead for updates on progress and any good stories worth following. Considering the lack of activity in the Arctic this season, its good to see Barneo about to get up and running.