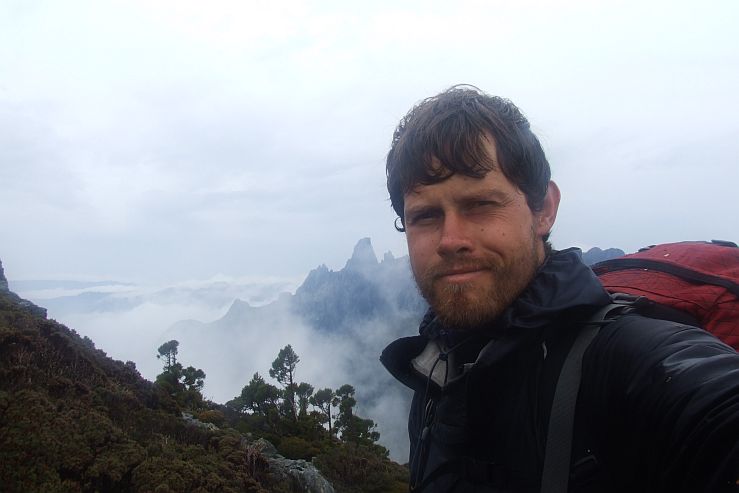 Belgian adventurer Louis-Philippe Loncke is getting set for his next big adventure. Having already traversed Death Valley, Iceland, the salt flats of Bolivia, and the Simpson Desert in Australia (twice no less!), the explorer is now setting his sights on a winter crossing of Tasmania. The expedition is set to begin in just a few days and is expected to take about 40 days to complete. If successful, it will be another world’s first for Loncke.

The trek will begin in Penguin and end at the South Cape of the Australian island state. The journey will cover approximately 400 km (248 miles) through some of the most remote and wild sections that Tasmania has to offer. To make things even more challenging, Loncke will be trekking during the coldest and wettest season of the year, making this journey vastly different than the desert settings he has explored in the past.

Because of the cold and wet conditions, Loncke says he’ll need to carry plenty of camping gear and supplies with him in an attempt to stay warm, dry, and comfortable. He estimates that his pack will weigh a minimum of 40 kg (88 pounds) when he sets out, although it could be more when he adds camera equipment to the mix. That is an incredibly heavy load of course, but he has used a similar approach on his desert traverses, often carrying all of the water he needs prior to setting out.

In addition to attempting this trek across Tasmania –– which the Belgian says he doesn’t expect to finish, although he’s going to give it his best –– Loncke will also be working with researchers in Paris to study how humans make decisions while under extreme stress. In order to do that, he’ll have to complete a set of predetermined tests every three days, with the results being recorded for study. The idea is to see how prolonged exposure to the elements and a challenging trek will impact his cognitive skills over the course of the expedition.

Loncke expects to arrive in Penguin today and plans on launching the trek on August 3 or 4. He then hopes to wrap up the journey sometime around mid-September provided everything goes as planned. You’ll be able to follow his progress on his website, Facebook page, and Twitter feed. It should be another fascinating expedition to watch unfold.