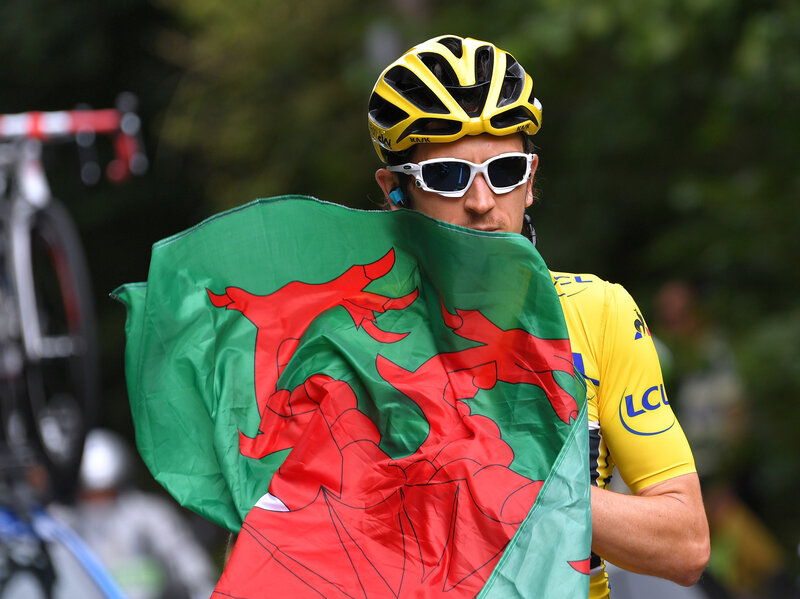 I’ve managed to keep my Tour de France coverage to a minimum this year, despite watching nearly every stage in its entirety. In year’s past, I would often write about each of those stages and offer previews and predictions of stages to come. But I know that not all readers appreciate “Le Tour” on the same level that I do, so I’ve learned to scale things back a bit. That said, anyone who didn’t catch this year’s Tour missed out on plenty of excitement.

As you probably know by now, Welsh rider Geraint Thomas, of Team Sky, rode into Paris yesterday wearing the Yellow Jersey. That win seemed incredibly improbable just three weeks ago when the race began, but not because Thomas isn’t a talented rider with the skillset to win in France. It was because he happens to be a teammate of four-time defending-champ Chris Froome.

It seemed unlikely that Thomas would even get the opportunity to win simply because the riders on Team Sky would be riding for their leader instead. But as it turns out, Froome lost precious time on the opening stage, while Thomas avoided getting caught out. The result was a minute and a half gap between the men that the former champ was never able to close.

To his credit, Thomas rode like a good teammate the entire race, cautiously avoiding any talk of challenging his friend and captain. But as the race wore on, Froome looked less dominant than he has in the past. After riding –– and winning –– the Giro d’Italia in May, Froome looked tired at times, often getting dropped on big mountain stages. Meanwhile, Thomas gained confidence, did everything right, and was clearly the strongest rider throughout the race. In Paris, he would ultimately share the podium with Tom Dumoulin, who rode exceedingly well for second place, and Froome, who finished third after a dramatic performance in Saturday’s individual time trial allowed him to leapfrog rival Primož Roglic.

This year’s Tour featured an incredibly difficult course that ended up shredding the Peloton. By the time the riders left the Alps in week 2, most of the big name sprinters had been sent home after missing crucial time cuts in the mountains. That made it relatively easy for Peter Sagan to win the Green Jersey –– which is awarded to the top sprinter –– for a record-tying sixth time. I say relatively easy, because a wicked crash last Thursday made the final few days a struggle for the world champion, who gingerly crossed the finish line in Paris yesterday amidst a group sprint for the stage win.

The Polka Dot Jersey given to the best climber in the race was awarded to Julian Alaphilippe, while the White Jersey for the best young rider went to Pierre Latour. Moviestar went home with the win in the team category, while Dan Martin was given the honor for being the race’s most combative rider. That last award is handed out to the cyclist who is the most aggressive, going for stage wins and shaking things up regularly.

By the time the peloton reached Paris yesterday, cycling fans were already starting to think about next year. Froome clearly looked vulnerable this time out and we’ll have to wait to see if his best days are now behind him. It seems unlikely that he and Thomas will be on the same team again next year, and with rising stars like Dumoulin and Roglic lurking around the podium, the 2019 edition of the Tour could be one of the most exciting to watch in quite some time.

Congratulations to Geraint Thomas on this impressive win. He earned every mile for sure and deserved to be in Yellow in Paris yesterday.