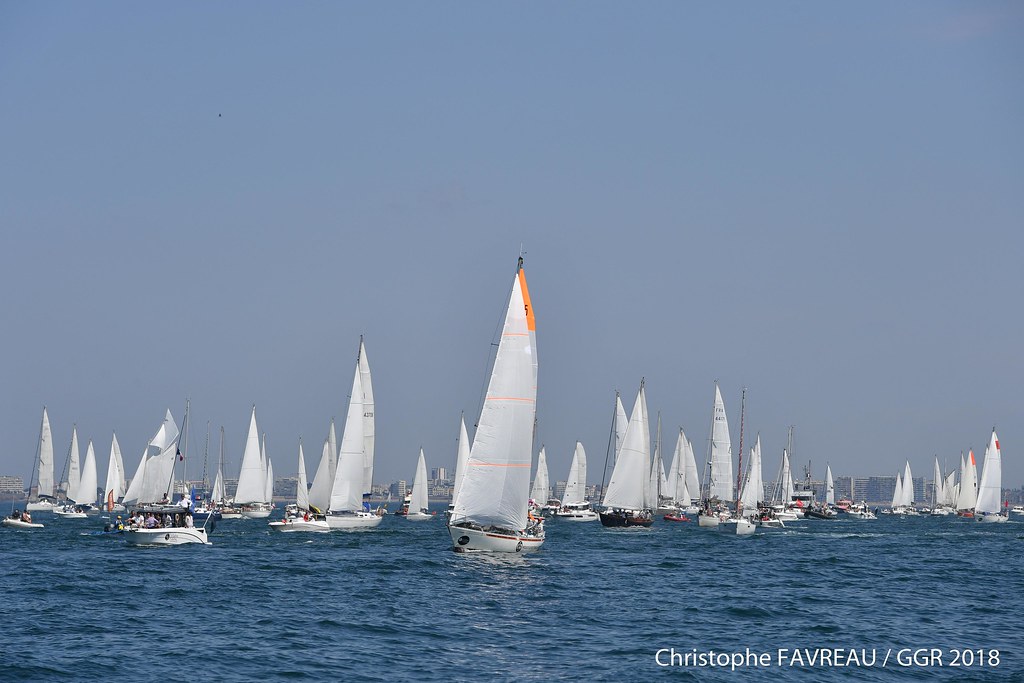 If you thought the Volvo Ocean Race was tough and interesting to watch unfold, than you haven’t seen anything yet. Another round-the-world sailing race is now underway and it promises to be even more brutal and demanding, because this event is a solo, nonstop affair that will test the resolve of any adventurer.

The Golden Globe Race got underway back on July 1 and already it has taken its toll on the racers. Three weeks back, 18 sailors set out from Les Sables D’Olonne on the coast of France with plenty of optimism and ambition in their hearts. Now, just 19 days later, the race is officially down to 12 participants after a number of boats have been forced to stop or make landfall to get repairs. Remember, the rules of this race say it is a nonstop circumnavigation, and outside help is strictly forbidden, so any repairs need to be made on the ship. For several racers, that hasn’t been an option, hence the high level of attrition less than three weeks in.

Currently most of the ships can be found off the western coast of Africa, having passed the Canary Islands and heading south towards the Cape of Good Hope. From there, they’ll turn east towards Australia, staying north of Prince Edward Island, the Crozet Islands, and Kergulen Islands, before passing Tasmania. After that it is across the extreme South Pacific towards Cape Horn in South America. Once they’ve rounded that point, they’ll turn north into the Atlantic and return to the starting point in Les Sables D’Olonne. All told, the sailors will cover some 30,000 miles (48,280 km), provided they can stay in the race from start to finish.

The event harkens back to the original Golden Globe Race, which took place back in 1968. 50 years ago, nine men took up the challenge of sailing solo around the world as quickly as possible. Only one –– Robin Knox-Johnston –– was able to complete the entire circumnavigation. That race was sponsored by the Sunday Times in London, with the promise of trophy and £5000 to the fastest sailor. It was a publicity stunt dreamed up by the Times to sell more newspapers, and at the time it worked like a charm as eager readers tracked the participants as they made their way round the globe. It was a difficult and lonely race that drove one sailor to suicide, while another sailed around the Cape Horn, but rather than return to London just kept sailing on to Tahiti instead. A third simply made laps in the Atlantic Ocean, sending false trip reports on his progress rather than bothering to actually sail around the world.

Today’s racers won’t have that luxury. With sophisticated GPS systems, their movements are tracked closely. There will be no circumventing of the rules this time out. Those rules include a requirement that all sailors have sailed more than 8000 miles (12,874 km) ––including a solo sail of 2000 miles (3218 km) or more. Those rules do allow for a single stopover for assistance or repairs, but anyone who does stop is dropped from the official classification of the race and can only continue in a noncompetitive fashion. All entrants have until April 22, 2019 to complete their voyage.

Despite the fact that 50 years have passed since the original Golden Globe Race, plans are already underway to do it again in 2022. Hopefully it will grow to become a viable event that draws plenty of participants and attention. You can learn a lot more and follow along not he race’s official website.