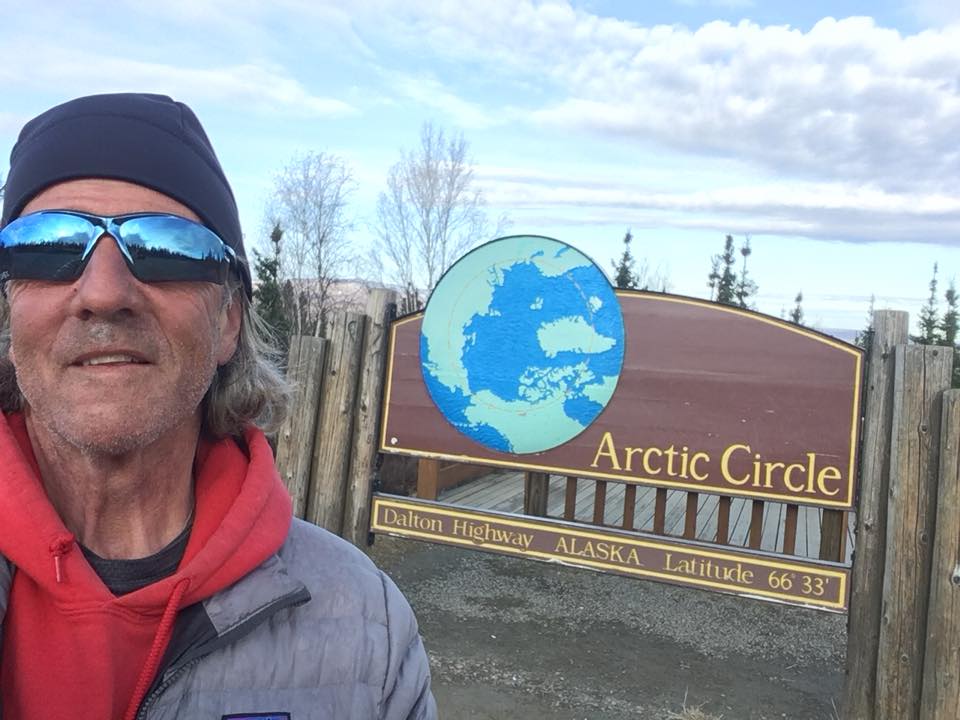 Here’s a story that I missed while I was off in Africa a couple of weeks back. In November of last year, I shared the tale of long-distance hiker Holly Harrison –– aka “Cargo” to his friend. Harrison was in the middle of an epic walk that had started in Ushuaia, Argentina at the very southern tip of South America and wouldn’t end until he reached Prudhoe Bay in Alaska, covering a distance of roughly 22,530 km (14,000 miles) while en route. Well, it seems Cargo has completed that journey at long last, becoming just the second person to do and setting a record time in the process.

It took Harrison 530 days to make the journey, which has only been done by British adventurer George Meegan. It took Meegan six year from 1977 to 1983 to finish his hike, but Harrison did it in a fraction of that time.

Harrison originally set out to make this walk back in 2015, but an injury sidelined him and sent him home to North Carolina. But he didn’t give up on the idea of finishing this expedition, so once he was healed he returned to the project. But rather than starting where he had left off, he actually returned to Ushuaia and restarted the trek from scratch. He knew that he could go faster than Meegan had, but he wanted to do it in a single push.

In order to cover the distance between the tip of South America and Prudhoe Bay in just 530 days, he needed to average 26 miles (42 km) each and every day. That’s a fast and challenging pace to be sure, particularly day-in and day-out. That alone put a strain on his body, causing issues with strained tendons and pulled hamstrings. He also suffered a mild heart attack while en route, but persisted through nonetheless.

ExWeb has posted an interesting profile of Harrison and his journey and shares some of the details from the trip. For instance, he actually trekked across the treacherous Darien Gap along the border of Panama and Colombia, a place where the Trans-American Highway even routes around. This place has been called one of the most dangerous areas in the world due to the guerrilla insurgents, drug runners, and hostile indigenous people that live there. But Harrison found that he had a warm welcome, with a local guide hired to see him safely through.

This is a fascinating story and I’m sure Cargo so a lot of really unique things on his hike. He has reportedly already been contacted about a potential book deal, so I’m sure more of the story will come out over time. I know I’m a couple of weeks late on reporting the successful conclusion of the expedition, but I wanted to congratulate him anyway and share the news. Amazing stuff.