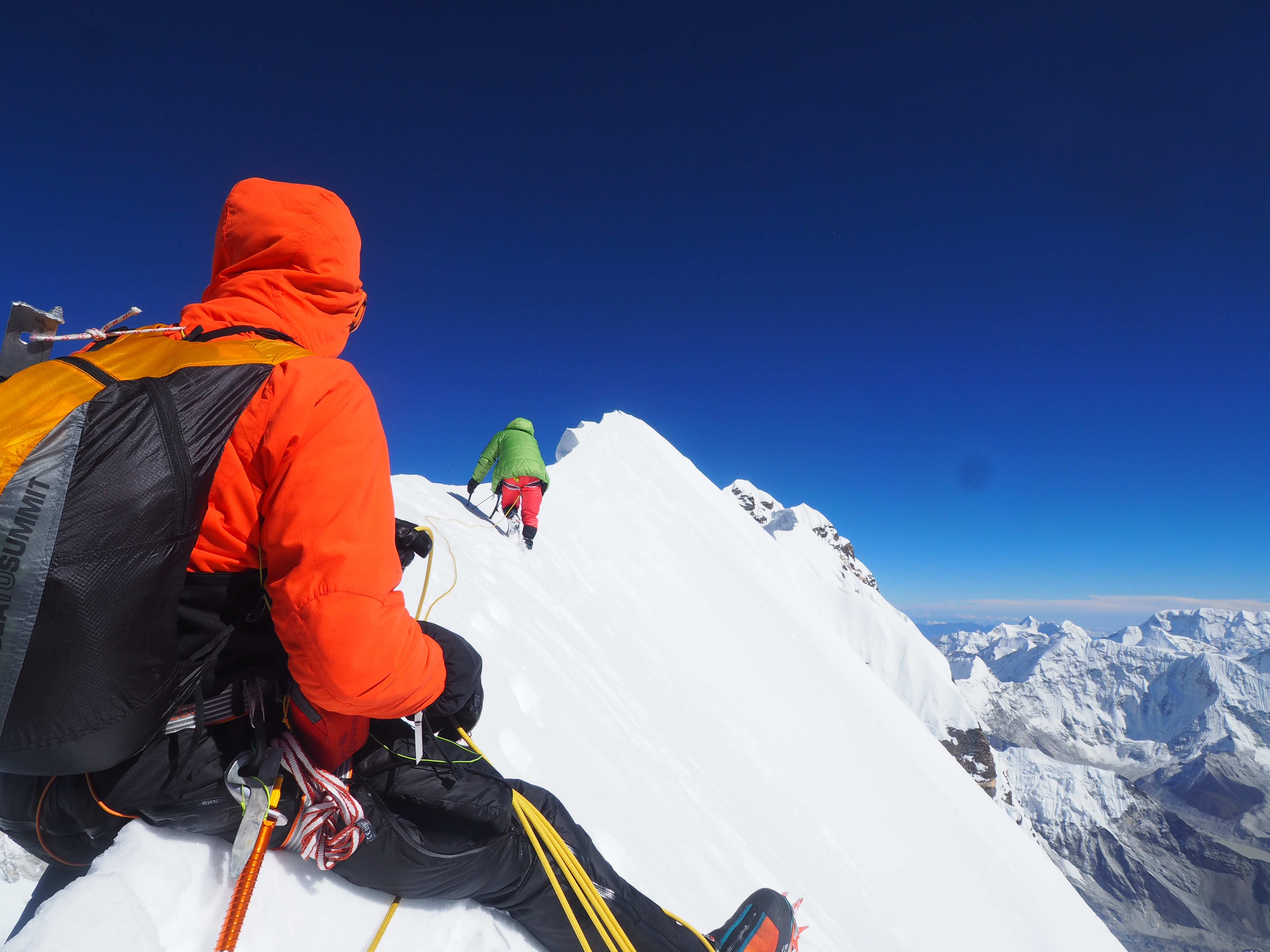 The 2018 winners of the Piolets d’Or ––sometimes referred to as the “Oscars” of mountaineering and climbing–– have been announced , with awards themselves being handed out at a ceremony to be held in Poland next month. The list of winners includes three climbs and two honorable mentions, which were narrowed down from a list of 57 “significant ascents” that took place in 2017.

This year’s winners include the first ascent of Satisfaction, a 2600 meter (8530 ft) route on Gasherbrum I, which was completed by Marek Holecek and Zdenek Hak of the Czech Republic. They’re joined by Kazuya Hiraide and Kenro Nakajima of Japan, who completed the Shukriya Road, a 2700 meter (8858 ft) summit traverse of Shispare in the Karakoram. The third Piolets d’Or goes to Frederic Degoulet, Benjamin Guigonnet, Helias Millerioux for their successful summit of Nuptse along the 2200 meter (7217 ft) South Face of that mountain.

The two runner-ups include Obscured Perception, a new route on the 6596-meter (21,640-ft) Nilkanth peak in India and a nod to Alex Honnold for two short new routes that he completed in Alaska and Antarctica. A lifetime achievement award was also given to Andrej Stremfelj of Slovenia as well, recognizing the breadth of his accomplishments across a long and storied mountaineering career.

The 2018 Piolets d’Ors will be handed out at an awards ceremony to be held at the Ladek Film Festival in Poland. The festival is scheduled to run from September 20-23.

For more details on the winners and the significance of these climbs, check out this story from Alpinist. It provides far more depth into the winners and why they are deserving.