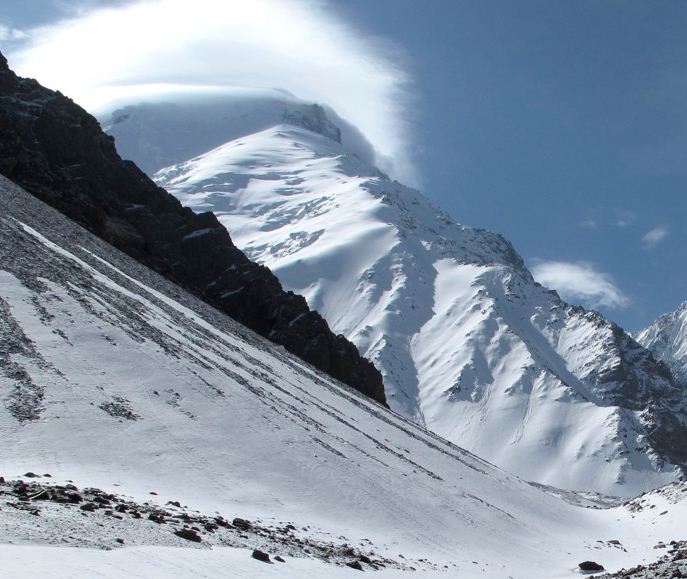 24-year old Afghani woman Hanifa Yousoufi made history recently by becoming the first female climber from her country to summit Mount Noshaq, the highest peak in Afghanistan at 7492 meters (24,580 ft). The summit push took place back on August 10, with the team led by experienced American mountaineer and guide Emilie Drinkwater.

As Outside magazine points out, this is a remarkable achievement for a woman who lives in a country as war-torn and conservative as Afghanistan, where women are not encouraged to wander far from home, nor are they provided resources for training and expeditions. The country itself remains incredibly dangerous as the team was forced to switch its starting point after a Taliban attack brought unrest to the region.

Yousoufi reportedly hadn’t ever even done a sit-up three years ago, but now is climbing major mountain peaks. She joined the expedition, which was organized by a nonprofit called Ascend Athletics, which has a mission to help Afghani women develop into leaders through learning to climb. The organization was formed back in 2014, with its initial climb in 2016.

Climbing Noshaq is no easy feat. Due to instability during the era of Soviet occupation, followed by the unrest of Afghanistan during the Taliban era, the mountain was closed to climbers until 2009. Since then, only three other Afghani mountaineers have stood on top, all of them men. Yousoufi was the only Afghani member of her team to reach the summit, making her the first from her country to achieve that feat.

“To see Hanifa standing up there, and to be able to show the world what Afghan women are capable of doing, feels incredible,” Marina LeGree, founder of Ascend Athletics, tells Outside. “She and her teammates have worked for years toward this expedition, showing up every day to work with the Ascend program, volunteering in their communities, studying and practicing not just mountaineering but also leadership. Their efforts will make a difference.”

This is an inspiring story and a significant step forward for women living in Afghanistan. Congratulations to Hanifa on competing this climb, and to all of the members of her squad that accompanied her on the expedition. Well done!