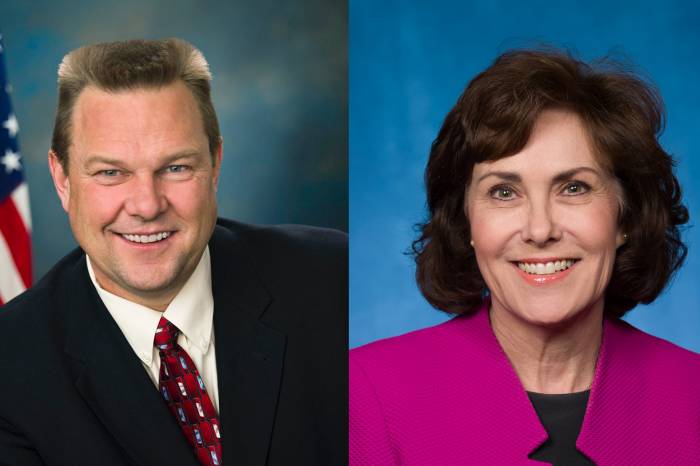 We don’t dip our toe into the political waters too often here at The Adventure Blog –– other than the occasional mention of government activity as related to climate change. But last week one of the most prominent members of the outdoor industry took the unprecedented step of endorsing two candidates for the U.S. Senate, leaving little doubt as to where its priorities and loyalties lie.

For years, outdoor gear manufacturer Patagonia has been an outspoken advocate of protecting the environment and public lands. But in a bold move, the company has officially endorsed two Democratic candidates running for election this fall. Those two candidates include Jacky Rosen and Jon Tester, who are campaigning in Nevada and Montana respectively.

In a press release announcing the endorsements last week, Patagonia officials indicated that Rosen and Tester’s commitment to protecting public lands helped earn the company’s support. Patagonia’s founder and CEO Yvon Chouinard is a dedicated advocate of environmental protectionism and has thrown the company’s weight behind some major fights over public lands, most notably the struggle over protecting the Bear’s Ears National Monument, as well as Grand Escalante Staircase, which the Trump administration have reduced in size. Chouinard also took to Twitter last week to urge followers to vote on November 6, which is the date of a crucial midterm election here in the U.S.

The outdoor industry has been increasingly vocal about its support for protecting the environment and public lands, but this is the first time that a major company like Patagonia has taken a stand by endorsing candidates. It is not only a sign of the company’s commitment to those issues, but also an indication of how partisan politics have become here in the U.S. in recent years. Republicans and Democrats have been at each other’s throats to the point where it isn’t so much that they want to score a victory for their constituents but instead don’t want to let their opponents “win” either.

Personally, as someone who loves the outdoors and our ability to access public lands, I definitely support candidates that share that philosophy. On a grander scale however, this upcoming election is likely to be a bellwether event for where politics in the U.S. will go not only over the next two years, but probably six. It is going to be interesting to see how it unfolds.