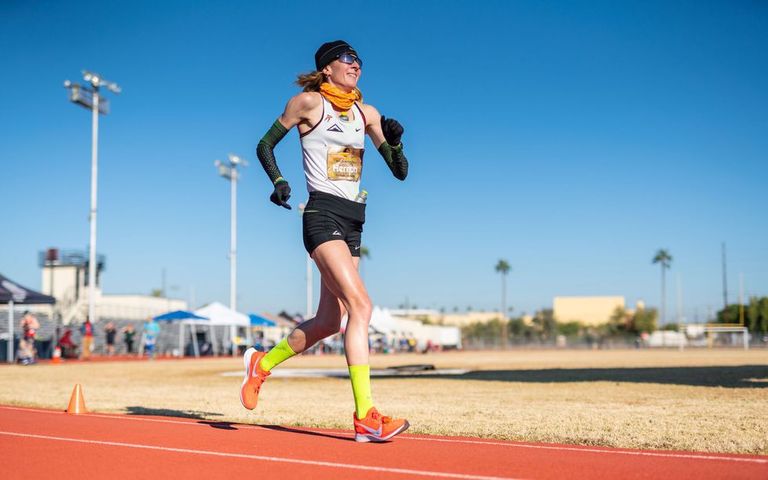 This past weekend endurance athlete Camille Herron set impressive new marks for ultrarunners, establishing new records for a 24-hour run and covering 100 miles (161 km) on a track. The event took place in Arizona at the Desert Solstice Invitational, where Herron proved she is amongst the elite athletes in the sport.

At the event, Herron ran for 24 hours straight on the track, covering 162.9 miles (262.1 km) in that time period. That’s a new world record, but it wasn’t the only one she set. She also managed to complete the 100 mile distance in 13 hours, 25 minutes, besting the previous mark by 20 minutes. Over the course of the 24 hour period, she completed 650 laps around the 400-meter course, while maintaining an average speed of an 8:40 mile. That’s faster than most people run their first –– or any other –– mile in a typical 5k or 10k.

Obviously running on a track has its benefits and is more of a controlled environment, but this is an impressive feat nonetheless. It is also no unlike cycling’s hour record, which is always held on a track too. The point is to set up good conditions to see what an athlete can accomplish without worrying about the surface they’re running on or having deal with outside variables such as traffic. In the case, Herron proved herself to be up to the challenge and absolutely smashed the records in the process.

Huge congratulations to Camille. I’ll be thinking about those distances and times when I set out on my humble little six mile run tonight.