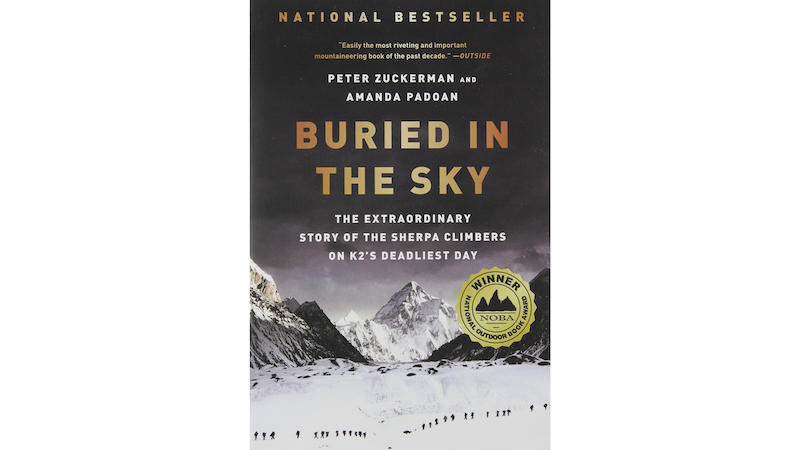 Over the years Outside magazine has routinely compiled a list of classic outdoor and adventure books that should be in any reader’s library. Those suggestions have come in the form of “the outside canon,” “the new adventure library,” and a list of essential books for well-read explorer. Now, with the dog-days of summer full upon us, the mag has decided to add to those collections once again, this time expanding the library even further with 54 new additions to its “must-read” list.

Some of the books that get the nod this time out are modern classics that have been around awhile, but may not have gotten their due from Outside in the past. For instance, Climbing Free: My Life in the Vertical World by Lynn Hill was published back in 2002 but has made the cut at long last. Savage Dreams: A Journey Into the Hidden Wars of the American West by Rebecca Solnit also turns up on the list, despite having been written all they way back 1994. The book, which shares the tale of Native American resistance in the U.S. is one of a handful of books on the list that predate the change of the millennium.

Some of the more well-known modern classics to get the stamp of approval from Outside include Blair Braverman’s Welcome to the Goddamn Ice Cube, The Sixth Extinction by Elizabeth Kolbert, and Buried in the Sky, Amanda Padoan and Peter Zuckerman’s accounting of the deadliest day in the history of climbing K2.

The vast majority of the books on the list were written after the year 2000, with a sizable number actually having been published in the past three or four years. So, if you’re looking for something good to read and feel like you’ve missed out on some recent outdoor and adventure books, Outside‘s list is a good place to start. Besides, who doesn’t like adding classic new books to their collection?