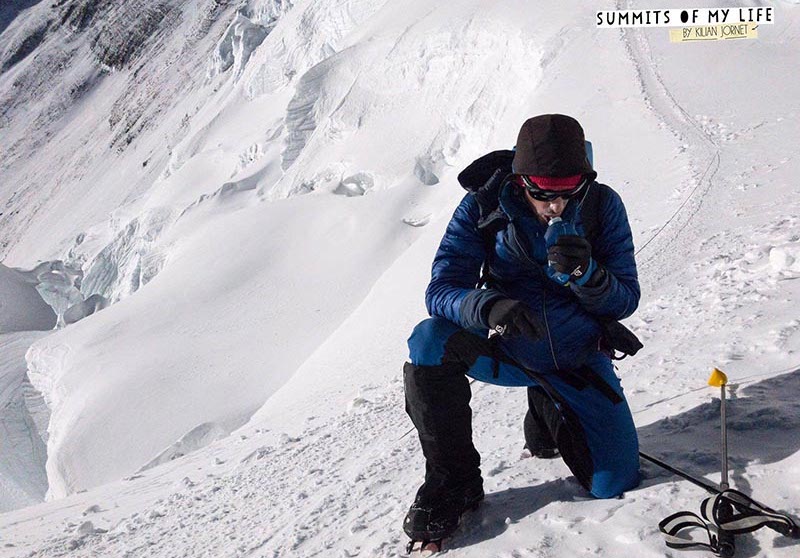 Now that September has arrived at long last, the autumn climbing season is set to begin in the Himalaya. Fall 2019 is shaping up to be an interesting season indeed, with a number of high profile climbers heading to both Nepal and Tibet, turning what is typically a more quiet time on the 8000-meter peaks into something that promises to be very intriguing indeed.

One of those high-profile climbers is none other than Spanish ultra runner Kilian Jornet, who is apparently going back to Everest. In the spring of 2017, Jornet famously summited the world’s highest peak twice in five days without the use of supplemental oxygen. His goal at the time was to set a speed record for the mountain, which depending on the criteria you use, didn’t happen. His goals this fall remain a bit nebulous at the moment, but he may be headed back to see if he can get that speed record this time out. According to The Himalayan Times, Jornet is climbing on his own permit and may possibly be attempting Lhotse before Everest. Other than that, his exact plans have yet to be revealed.

As if Jornet’s Everest aspirations weren’t enough to get us interested in the fall climbing season, Polish climber Andrzej Bargiel will attempt to climb and ski down Everest without the use of supplemental oxygen and without ever unfastening his skis. Reportedly, he and fellow Polish alpinists Grzegorz Bargiel and Jakub Poburka have already set out for Namche Bazaar in the Khumbu Valley, where a group of Sherpas, including two members of the Ice Doctors team, are preparing to head to Base Camp.

Madison Mountaineering will be leading a team to Everest this fall as well, with nine strong climbers as part of the squad. That group includes Joe Vernachio, who is president of both Columbia Sportswear and Mountain Hardwear. He’ll be joined by Zac Bookman, who is a co-founder of OpenGov, a company designed to help local and state governments run more efficiently using cloud commuting solutions.

All of these attempts will apparently come from the Nepali side of Everest, where climbing in the fall has been a bit of a novelty in recent years. Other peaks that expect to see traffic over the next few months include Masaslu, Cho Oyu, and Shishapangma, although there are some indications that the Chinese government may shut down Shishapangma, although that has yet to be confirmed. All three of those mountains are of particular interest to Nims Purja, who is looking to wrap up his Project Possible expedition this fall, which if successful would see him climbing all 14 8000-meter peaks in just seven months time.

No doubt there will be other expeditions to follow in the days and weeks to come as well, but there are a few of the more exciting ones that we’ll be watching closely. Personally, I can’t wait to see what Jornet has in mind and Bargiel’s ski descents of the 8000-meter peaks have been nothing short of amazing too. It is already shaping up to be quite a season in the Himalaya.