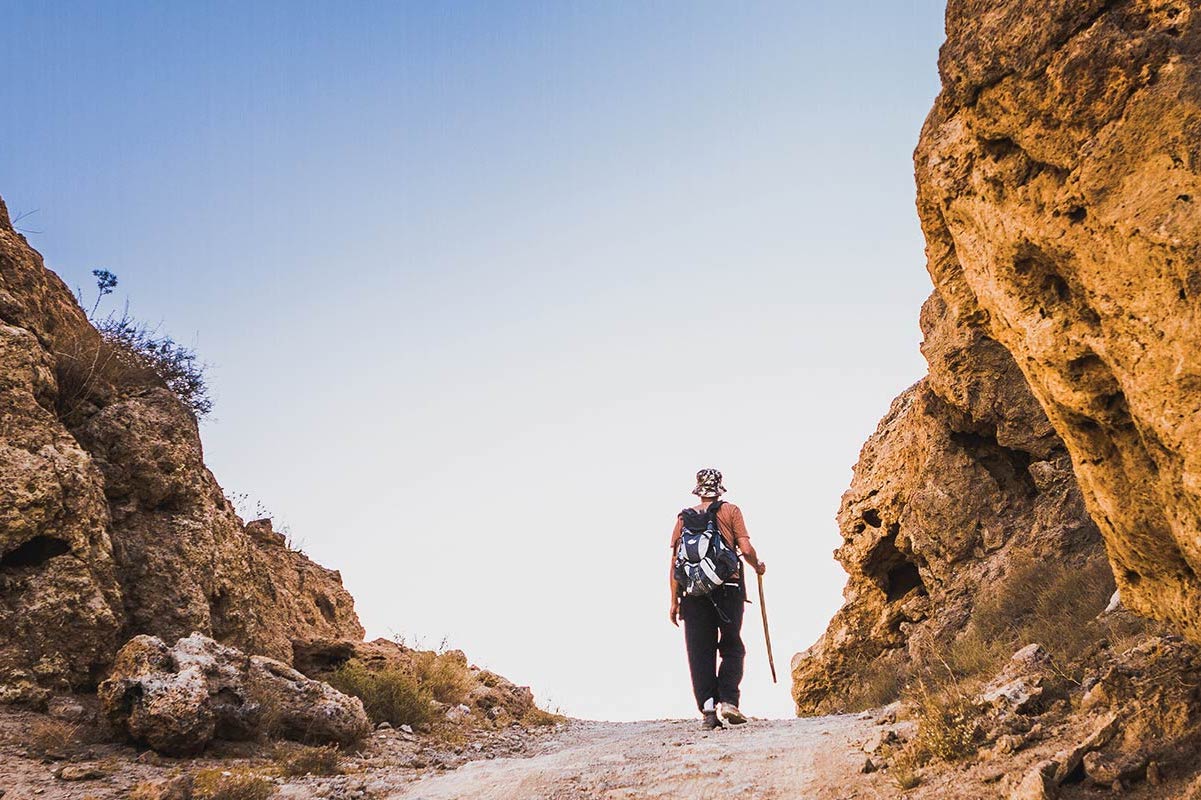 Attempt to Run the Jordan Trail: Last Friday, endurance athlete Amy Sproston set off to make history on one of the more intriguing long-distance hiking trails in the world. That’s when she embarked on a quest to become the first woman to run the entire length of the Jordan Trail, a route that stretches for more than 420 miles (675 km) across a wide variety of terrains in the country of Jordan.

To get a sense of how challenging this trail actually is, consider this. Typically it takes approximately 40 days to walk it end-to-end, although Sproston plans to do it in a fraction of that time.

Her goal is to break the current FKT, which stands at 9 days, 10 hours, and 17 minutes. That make was set by ultramarathon runners Robbie Britton and Dan Lawson in 2019.

The Jordan Trail begins in the far north of the country near the town of Umm Qais. From there, it heads south all the way to Aqaba on the Red Sea. In between, it passes through more than 50 villages and towns, meandering through forests, deserts, and rocky cliffs.

It also passes by some of Jordan’s more iconic locales, including the legendary Petra and the sweeping vistas of Wadi Rum.

It will take a tremendous effort on the part of Sproston to break this record. In addition to its challenging terrain and tremendous length, the trail also features more than 25,000 meters (82,000 ft.).

To put that into perspective, that would be the equivalent of climbing Mt. Everest nearly three times. Add in the warm, arid environment and the difficulty of an undertaking of this magnitude begins to become clear.

History of the Jordan Trail

The trail opened to hikers and backpackers back in 2017 and since then has become a top-rated attraction with outdoor enthusiasts. Its goal was to lure in more adventure travelers or repeat visitors who had already been to Petra, Wadi Rum, and the Dead Sea.

The route was specifically designed to get off the beaten path and into more remote Jordan regions, some of which are seldom seen by outsiders.

Some highlights include not only the aforementioned destinations but also Roman ruins, ancient castles, quaint villages, and the Dana Biosphere Reserve, a place where history, culture, and geography come together stunningly.

Following the Trail is Challenging

When Britton and Lawson set the speed record last year, one of their biggest challenges was being able to follow the trail. While it is well established and maintained, there isn’t always easy to spot signage explaining where to go next.

Some progress has been made since the duo completed their journey, but Sproston will likely have to contend with some navigation challenges while en route as well.

In perpetration for her attempt on the Jordan Trail, Sproston has been living and training in Amman. As with most places in the world, the city struggles with controlling and containing the spread of the coronavirus.

Still, she was able to complete her preparation before embarking on the expedition last week. Now, on the trail, she continues to remain cautious, especially at campsites. Social distancing remains the norm, even in some of the more remote regions the trail passes through.

One of the best aspects of this undertaking is that Amy happens to be an ambassador for Free to Run, an organization that empowers women through adventure sports.

The goal is to encourage women and girls to participate in outdoor activities, including trail running, climbing, mountain biking, or whatever other sport that sparks their interest.

Outdoor sports have often been viewed as the realm of men, but thanks to the efforts of groups like Free to Run, that is finally starting to change.

Right now, I haven’t seen any updates on Amy’s progress along the Jordan Trail. She is expected to post updates to her Instagram account, as is Running Amman.

As of this writing, she’s about four days into the journey, with another five or so days to go if she wants to break the record. Either way, she’ll establish a new female FKT for sure. The only question is just how long it will take her to complete the full route.