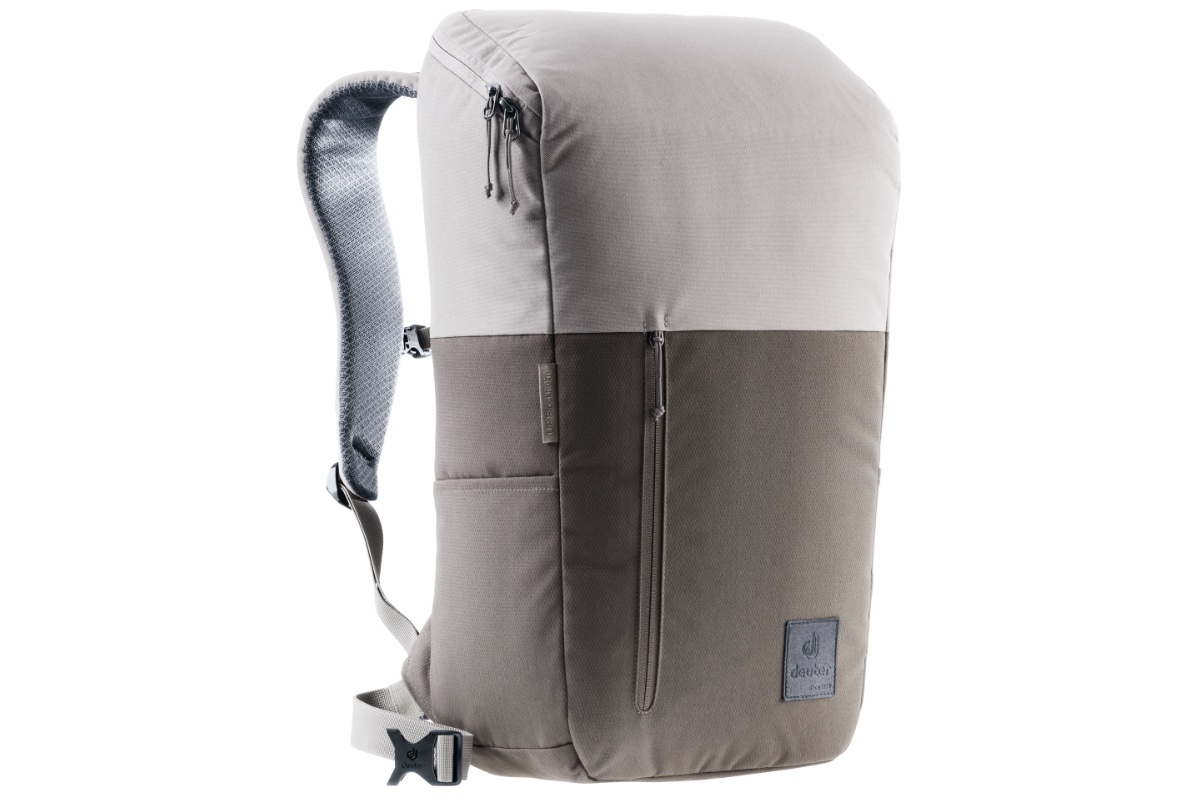 There once was a time when human beings commuted to the office and even got on airplanes to fly to far-off places. That may seem hard to believe in the age of a global pandemic, but it is absolutely true. And when they did, many of them carried a daypack specifically built to carry the things they needed most, like laptops, tablets, water bottles, and other important accessories.

About a year and a half ago, Deuter announced that it was introducing a line of urban and travel packs for the very first time. The company is well known for making some of the best backpacking packs on the market—especially for women. But this was the first time it would specifically design a line of packs for commuters and travelers.

Unfortunately, the pandemic shut down both of those activities pretty quickly. But now, as we all start to emerge from our collective COVID bubbles, it’s time to get back to work and start exploring the world again. And the Deuter Up Stockholm backpack is ready to help us do just that.

A History of Quality

For those unfamiliar with the Deuter name, it is a brand that can trace its origins as far back as 1898. That’s when a German outdoorsman by the name of Hans Deuter founded a company called Deuter Sport. In those early days, Deuter made linen sacks and mailbags for the Bavarian Royal Mail. Later, it would expand its line to include horse blankets, freight sacks, and tents.

Over the years, the company became best known for its bags and packs, creating satchels, knapsacks, and even luggage. But it was its high-quality backpacks that have earned it the most attention in recent years, with a full line of bags designed for everything from short day hikes to extended expeditions in far-off places.

When it announced its line of urban packs, Deuter promised to bring the same level of quality and design sensibility to commuters and travelers too. The Up Stockholm demonstrates that commitment nicely while delivering a few nice surprises along the way too.

At first glance, the Up Stockholm doesn’t look like it does much to stand out in the crowded field of urban daypacks. After all, Deuter isn’t just competing with traditional outdoor brands in this space but faces a lot of competition from more established pack makers focused on the commuter/travel market for years. But dig a little deeper, and you’ll soon see that this understated pack has a lot to offer, with some clever elements that help to set it apart.

The exterior of the pack features clean lines and a subtle look that make it feel right at home on a subway, bus, or airplane. Made from soft—yet durable—materials, the bag is surprisingly resilient not only to wear and tear but collecting dirt and dust too. It features two water bottle holders, a small exterior zip pocket, and a thoughtful design that should make it easy to slide in and out of overhead compartment or under airplane seats.

My favorite exterior features however are the well-padded shoulder straps and removable sternum and waist belt. Those items are nice to have when hiking a trail but can feel extraneous on a daily commute. A contoured back panel helps the Up Stockholm to sit comfortably against the back as well, even when weighted down with lots of cargo.

Speaking of cargo, inside the Up Stockholm you’ll discover a voluminous main pocket that can accommodate plenty of gear. There is enough space for snacks, lunch, an extra layer of clothing, and a book or two, with room to spare. Better still, the zippered lid folds back nicely, allowing unfettered access to anything you put inside the bag.

You’ll also find a laptop sleeve that can accommodate up to a 15″ computer as well as a separate bag for carrying a tablet. Today’s travelers often take both with them when they hit the road, so it was nice to see Deuter provide options for these two distinct—but increasingly necessary—devices.

Two smaller sleeves securely hold other items that you want to keep easily accessible, such as a passport, boarding passes, or smartphone charging cables. An interior water bottle holder is a nice touch as well, while a zipped secure interval pocket makes a great place to store important valuables too.

One of the biggest and best trends in the outdoor industry over the past few years has been an increased use of recycled materials. Nowadays, it is not uncommon to find recycled fabrics and insulation used in jackets, sleeping bags, and backpacks. Deuter has adopted this approach with its packs as well, including the Up Stockholm.

The pack is made from 500 denier synthetic fibers and 300 denier polyester ripstop fabrics. Both of these materials are made from recycled plastic bottles, meaning that forever Up Stockholm that is made, there is less waste in the landfill. This makes the backpack much more sustainable from top to bottom and has earned it a bluesign product label, meaning it is ethically sourced and produced with as minimal of an impact on the environment as possible.

The use of recycled materials hasn’t had a negative impact on the Up Stockholm in any way that I’ve seen. All of the fabrics feel great to the touch and so far have held up quite nicely. I have yet to take the bag on an airplane or an extended trip around the world, but I have used it on daily commutes, which in many ways is even more demanding. So fart, it looks none the worse for wear and is holding up nicely to the grind.

Ready to Travel When You Are

Now that vaccines are starting to roll out across the globe, we are now seeing a light at the end of the COVID tunnel. That means that in the weeks and months ahead, many of us will not only start to return to a normal work schedule, but we’ll start to travel again too. When we do, Deuter has us well covered with its new line of packs.

The Up Stockholm, along with its smaller sibling the Up Seoul, and the larger Up Sydney, are ready to join you on those adventures. Best of all, none of them will put too much of a drain on your wallet either. The Up Stockholm feels like quite a bargain, delivering a high-quality, full-featured backpack at a reasonable price. That will be much appreciated too as we set off to see the world once again.

Buy the Deuter Up Stockholm backpack at Amazon or REI.

Latest posts by Kraig Becker (see all)
Table of Contents show
1. A History of Quality
2. Made to Move
3. A Thoughtful Interior
4. Environmentally Responsible
5. Ready to Travel When You Are