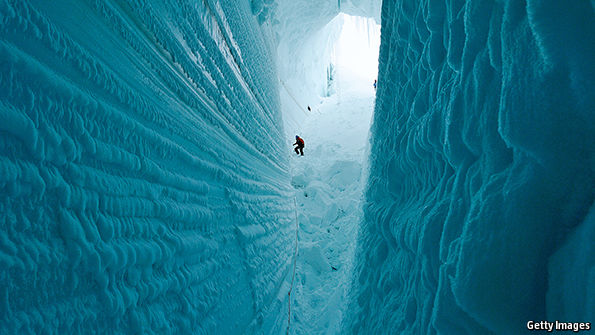 The Economist published an interesting article a couple of weeks back that hailed a new age of exploration and discovery for the 21st century. The gist of the story was that the days of the opportunistic adventurer are mostly coming to an end, while the modern explorer now goes looking for knowledge and understanding, rather than fortune and glory. The author believes that in the end, this shift in focus will ultimately lead to important revelations about our planet and ways that it can be preserved for future generations as well.

The article says that there are still plenty of places on Earth that have yet to be fully explored, and there are some opportunities for adventurous people to still claim records and gain important “firsts.” But that isn’t the objective for most members of this new generation of explorers, many of whom travel more in tune with nature, rather than looking for ways to control and dominate it. This is very different from explorers in the past who often looked for ways to subdue their challenges while tramping over everything in their past.

The Economist says that Greenland, the Amazon Rainforest, and Papua New Guinea still have vast regions that remain blank spots on the map. Those places could hold untold wonders that have yet to be discovered. The article also points out that only about 200 or so peaks in Nepal that are higher than 6000 meters (19,685 ft) have been climbed so far. There are over 2800 such peaks in that country alone. And despite frequent visits and numerous expeditions each year, we still don’t know all that much about Antarctica either.

All in all, this article is a good read. Not only does it remind us that we still need explorers to help us chart our planet, but that there are also plenty of amazing things yet to be done. Despite the fact that we as a species feel like we have conquered the Earth, the planet still holds many secrets, some of which could be vital to our survival in the decades to come.

If you’re in need of a little inspiration and understanding of why it is still important to support our explorers, read the full article here.