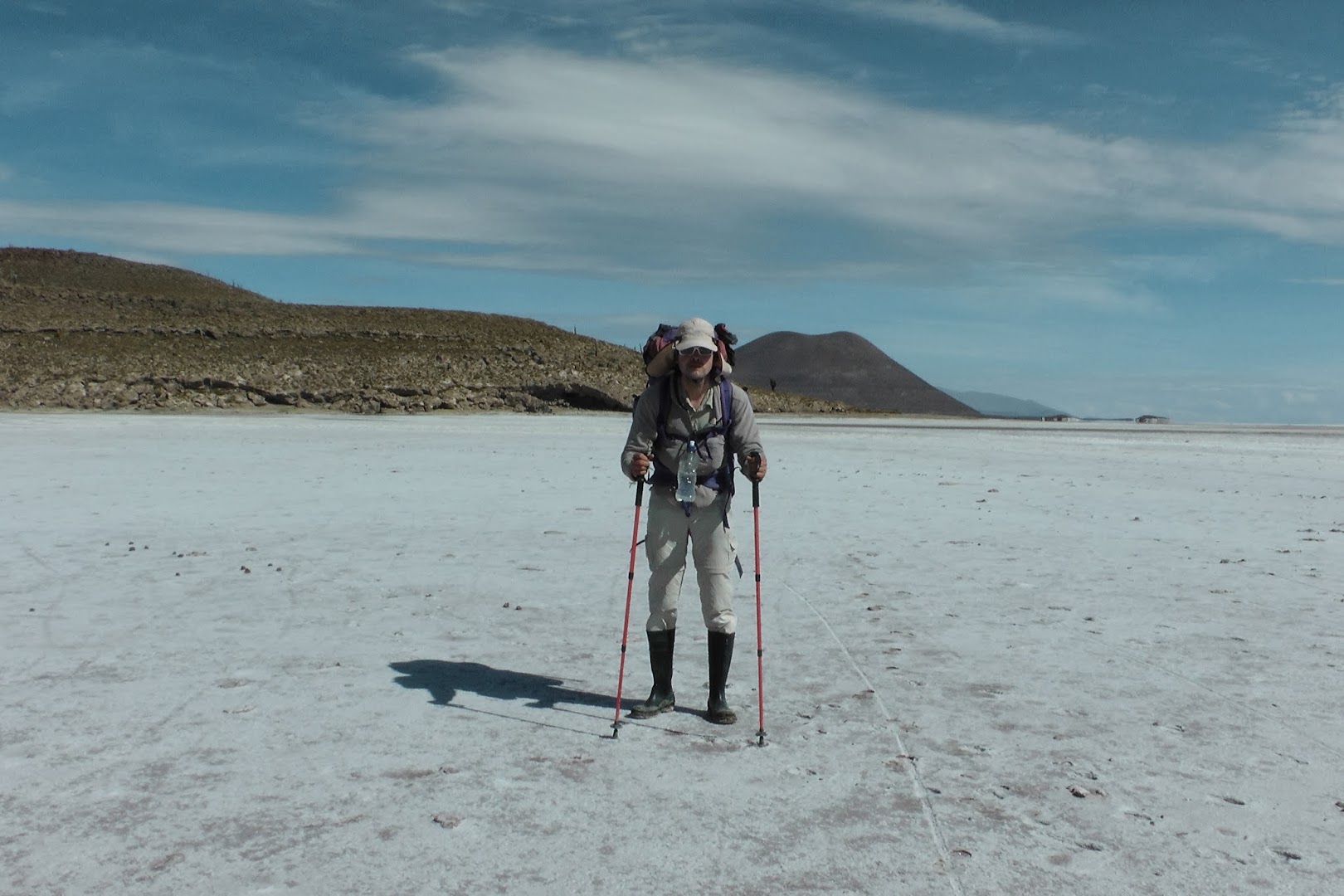 I’m a little late in posting this story, but better late than never. Back in October, Belgian adventurer Louis-Philippe Loncke became the first person to traverse both the Salar de Coipasa and Salar de Uyuni in Bolivia on foot, covering some 250 km (155 miles) in just seven days, completely solo and unassisted.

The Salar de Uyuni is the the largest salt flat in the world, stretching out over 10,582 sq. km (4086 sq. miles) on the Bolivian Altiplano. While smaller, the Salar de Coipasa is no small area of land either, covering 806 sq. km (311 sq. miles). Adding to the challenge was an average altitude of over 3700 meters (12,139 ft) and plenty of rough, dry terrain as well.

This was Loncke’s second attempt at crossing the two salars. Back in 2013 he made a similar trek, but had to abandon the attempt six days in due to a lack of water. But since that time, he has crossed both Death Valley and the Simpson Desert in Australia in foot, using the experience he gained in those environments to help him survive this one too. Those expeditions have helped him to perfect the load he carries, which includes enough water to complete the trek, but few other amenities – including no cook stove or communications gear.

While trekking in Bolivia, Loncke spent about 14 hours a day on the trail. He’d walk from 6 AM to 8 AM most days. Temperatures ranged from 0ºC (32ºF) at night, to 19ºC (66ºF) during the day. But, because of the altitude, thin air, and the reflection of the sun off of the salar, the temperatures typically felt more lie 40ºC (104ºF). Add in winds that regularly approached 60 km/h (37 mph), and you start to have weather conditions that can be very taxing on both the body and mind.

The Belgian adventurer’s approach to crossing deserts has evolved considerably over the years. On past expeditions, he would often employ a specially built cart that would carry all of his gear and supplies, including water. But, that cart was often very heavy and ponderous to use, so instead he now carries everything in a backpack. That pack starts off quite heavy, as it is filled with lots of liquids, but as he consumes food and water over the course of the trek, it lightens up considerably, allowing him to go faster. At the start of the salar crossing, the pack weighed in at 43kg (95 pounds). That’s a tremendous amount of weight to have strapped to your back, and a big reason why he only managed about 2 km/hr (1.2 mph) at the start of the trek.

This expedition was the third in an epic year of travels on foot through major desert. In November of 2015 he completed the Death Valley crossing and in August of this year he wrapped up the Simpson Desert. It also mores the confusion of 10 years of adventures, with 15 total expeditions, and 10 world firsts. Loncke isn’t sure what will come next however, as he has a number of idea, but also plans to write a book or two, and work on documentaries of his previous journeys.

Whatever comes next, I’m sure it’ll be adventurous and interesting.