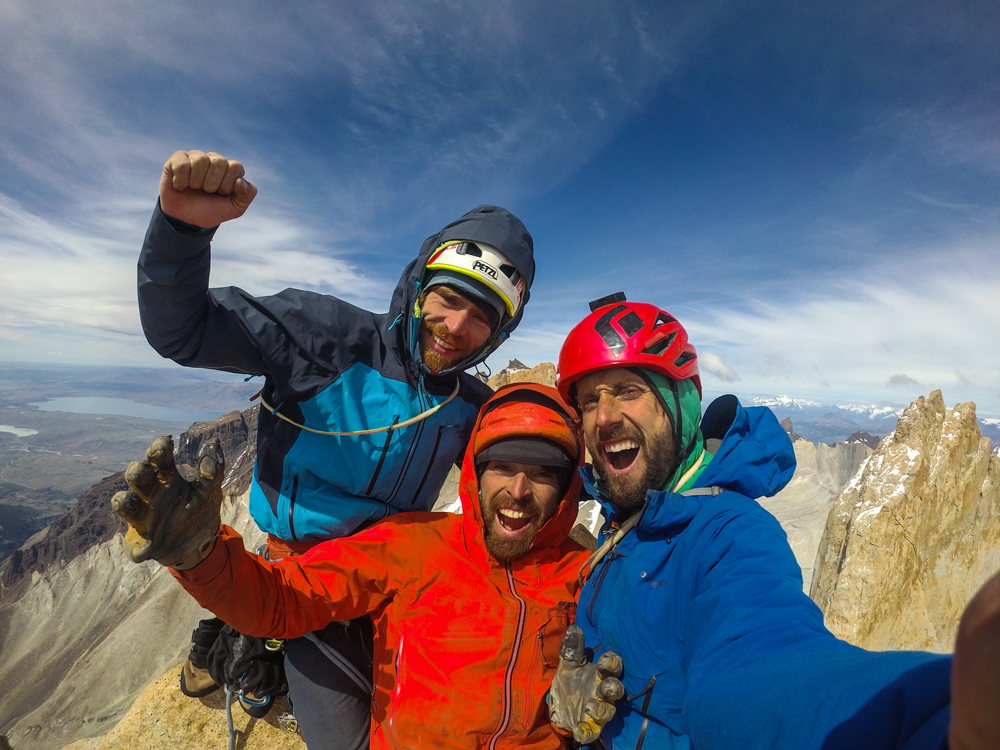 Three Belgian climbers have completed the incredibly difficult feat of free climbing the 1200 meter (3937 ft.) El Regalo de Mwono route on the Central Tower of Torres del Paine in Patagonia. Their accomplishment is already being heralded as one of the biggest achievements in climbing in recent memory, as the trio faced not only an incredibly technical ascent but braved unpredictable weather along the way as well.

Alpinist says that the climb began back on January 31, when Nico Favresse, Siebe Vanhee and Sean Villanueva O’Driscoll first touched the rock. The carried with them enough supplies for 15 days on the route, which is rated as a 5.13b. True to big wall climbing, the men established portaledges along the route, moving higher as they completed certain sections. The weather was dicey at times, but they were able to eventually reach the top, completing the third overall ascent of the Central Tower along El Regalo de Mwono.

When they reached the top, there was still one section of the climb that they hadn’t ben able to free, but 15 days had passed and the team was low on supples and needed to catch a flight. The weather looked uncooperative so they prepared to descend from the tower and head home. But, on the 19th day the skies cleared, giving them one last chance. It was then that Favresse was able to climb that last pitch (also rated 5.13b) and complete the full ascent at last.

The three men ended up missing that flight, but something tells me that they’re okay with that. In the Alpinist article linked to above, you’ll find more details on what the climb was like and an interview with Favresse himself who discusses the aspects of the route and compares it to others he has climbed. He also provide details on overcoming the final crux, the team’s nutrition strategy, and more.

In terms of big wall ascents, this is about as impressive as it gets, and definitely a major accomplishment during a season that saw lots of expeditions get their hopes dashed in Patagonia. Congratulations to Nico, Siebe, and Sean on a job well done.