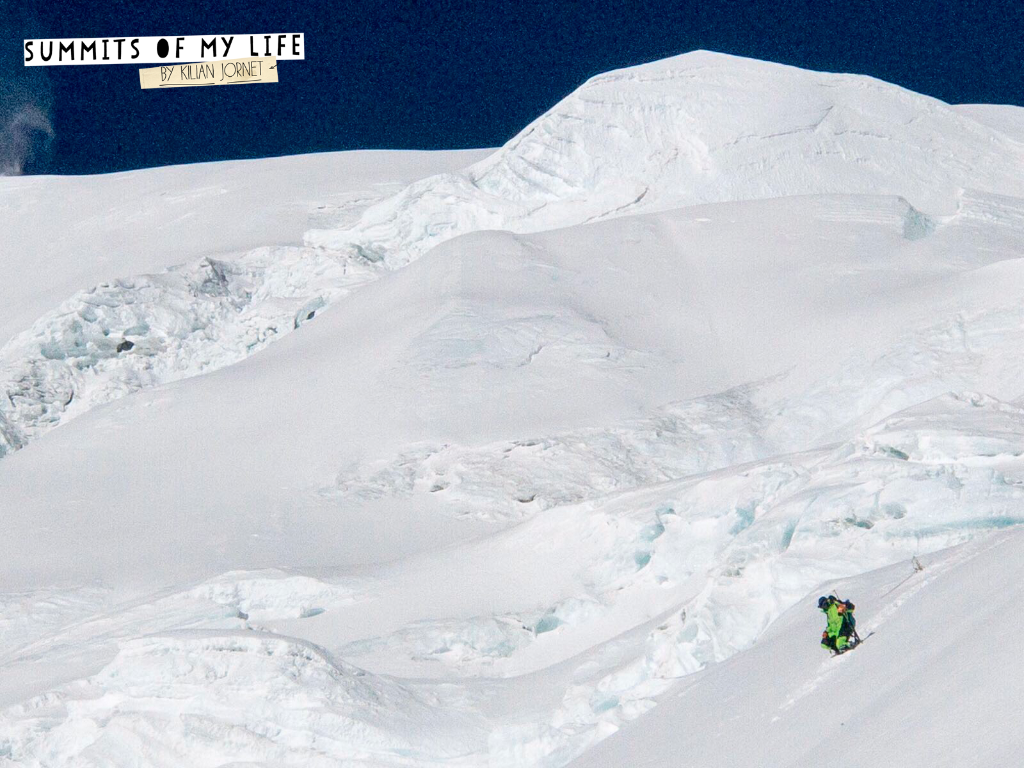 It is a long holiday weekend here in the States at the moment, so as a result I won’t be posting a full round-up of stories today. That said, I did want to share this story before getting back to a normal schedule tomorrow.

On Saturday (May 27), Spanish mountain runner Kilian Jornet added to his already impressive accomplishments on Everest. Last week he set a new speed record by running from Base Camp to the summit in 26 hours, all without oxygen, fixed ropes, or Sherpa support. Now, he’s done it again, bagging a rare second summit in a single season, once again without the uses of bottled oxygen.

For his second summit bid, Jornet set out from Advanced Base Camp, and traveling to the summit in 17 hours, which is just shy of Hans Kammerlander’s record of 16 hours, 45 minutes. But while this isn’t a speed record, to be able to summit a second time in such short order, and without using oxygen, is an impressive accomplishment nonetheless.

In a statement sent out to the media Kilian had this to say:“I’m so happy to have made the summit again! Today I felt good although it was really windy so it was hard to move fast. I think summiting Everest twice in one week without oxygen opens up a new realm of possibilities in alpinism and I’m really happy to have done it”

While making his fast attempt last week, Jornet suffered stomach cramps and vomiting on his way up the mountain. That slowed him down considerably, and forced him to stop at ABC while making the descent. He had hoped to go all the way back to Base Camp. While recovering throughout the week, we started to hear rumblings that he might try a second summit bid, and try to go even faster. He wasn’t able to quite set a new speed record, but very few climbers are ever able to summit twice in the same season, let alone do it without supplemental oxygen.

Now, the spring climbing season is winding down, and the teams are wrapping up their work. Most have left the mountain although Japanese climber Nobukazu Kuriki is still on the South Side and attempting a final push to the top, weather permitting.

I’ll post a full update on the final weekend tomorrow, along with an update Kuriki’s position as well. It has been a long, eventful, and exciting season to say the least, but it is almost time to close up Everest for another year. More to come soon.