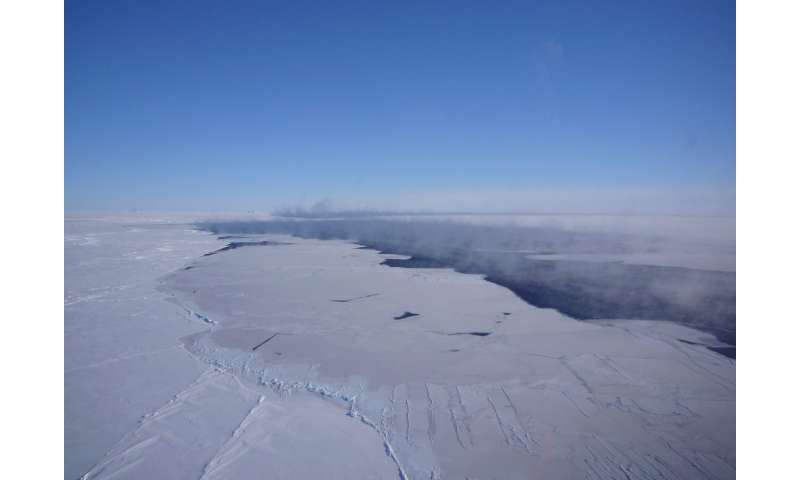 We’re now just a few weeks away from the start of the Antarctic ski season, and even now there are explorers putting the finishing touches on their plans to travel on foot to the South Pole. As the austral summer returns to the frozen continent, we’re now taking stock of what is happening in that part of the world, and scientists of discovered something fascinating, perplexing, and possibly worrisome all at the same time.
Using satellite imagery, researchers have identified a large hole in the ice on the Antarctic continent. Of course, holes develop in the ice all of the time. Scientists even have a name for them, calling them polynyas. But what makes this one different from most is that it is incredibly large and it is located miles from the place where Antarctica meets the ocean, which is typically where these phenomenon form.

In this case, the polynya is roughly the size of Lake Superior and is found in the heart of the Weddell Sea to the east of the Antarctic Peninsula. This particular hole has been spotted once before way back in the 1970’s when the first satellites began photographing the continent. It is believed that in this case, the polynya was created when warm water in the Southern Ocean rose to the surface, pushing through the cold freshwater that sits on top. That warm water then acted as a vent, heating up the ice and causing it to melt rapidly. So rapidly in fact that it was able to create the hole even during the dead of winter.

The scientists studying the Weddell Polynya as it is now called have described it as a natural variable that has proven that their climate models are actually providing an accurate depiction of what is happening to our planet. Originally researchers thought that the hole couldn’t form again as climate change increased precipitation in the region. But newer models did predict that it would reoccur as conditions shifted. The fact that it has happened again is demonstrating that current climate models for the Antarctic are on track. Even though this appears to be a natural phenomenon, it is still falling into line with the shifting climate patterns across the world.

This is just another strange occurrence in the Antarctic along with the large chunks of ice that we’ve been seeing break off over the past few months. Whether this is all a natural occurrence or the result of man’s impact on the planet, it doesn’t really matter at this point. The Antarctic has long been viewed as the canary in the coal mine when it came to climate change, and this canary is in dire straits.