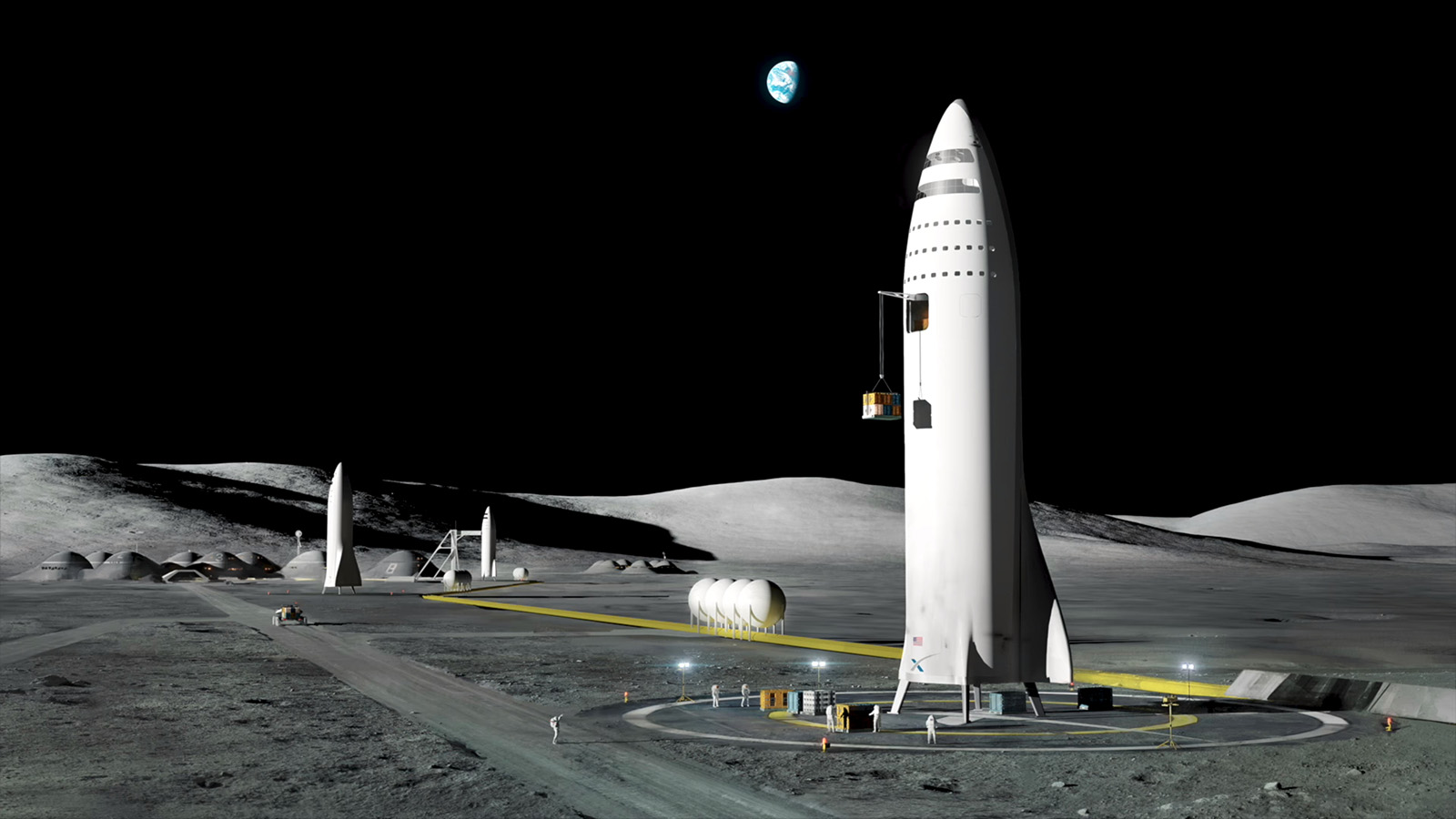 Space X CEO Elon Musk shared more details on his ambitions plans for returning man to the moon and eventually continuing on to Mars. Speaking at the International Astronautical Congress in Adelaide, Australia last week, Musk revealed a roadmap for achieving his goals, which include developing the most powerful rocket ever built, which he says could take humans to the Red Planet in as little as seven years.

Dubbed the BFR, for Big Falcon Rocket or Big F*cking Rocket depending on who you ask, the new launch system would be powered by 42 individual engines. Much like Space X’s existing Falcon rocket system, the BFR would be completely reusable. Reportedly the rocket would stand 400 feet in height when full assembled, and would be versatile enough to carry cargo missions to the International Space Station, deliver satellites into Earth orbit, and possibly even carrying passengers to other craft parked in orbit, which could then be used to travel to other planets.

Musk went on to share plans for potentially building a base on the moon as well as continuing on to Mars, which he says he can accomplish by 2024 – just seven years from now. Those plans involve using the BFR to shuttle equipment, supplies, and passengers into orbit, where his team would assemble an interplanetary vessel capable of traveling to Mars using solar panels to help power the flight. Remember, Musk is heavily invested in a company called Solar City, which his other company – Tesla – purchased earlier this year.

The plan created nearly as many questions as it answered, not the least of which is how Musk plans to finance these ambitious ideas. The billionaire says that all of Space X’s resources are currently being channeled to stock pile several more Falcon 9 rockets and Dragon capsules. He intends to shift that focus away from building that fleet, and instead put development of the BFR into hyperdrive instead. If he can bring that ship online as planned, it would deliver more versatility to the Space X fleet, which he’ll continue funding by fulfilling contracts for the Air Force, NASA, the U.S. Government, and a host of commercial entities. The idea being that the BFR can be a do-all craft that will be more efficient and useful, making it a cost-effective workhorse for the long run.

Musk isn’t just planning on shipping humans to the moon and Mars however, he’s also hoping to send them to Earth too. As part of his proposal to expand Space X operations, he also outlined an idea of using the BFR as a transport system, sending passengers anywhere on the planet in a matter of minutes. He envisions the big rocket being able to take off, fly to a landing pad on the other side of the world, land autonomously, and allow passengers to disembark, before firing up again and returning home. What the cost of such an operation would be remains to be seen, and while intriguing, it will likely remain inefficient and expensive for a very long time. Still, the idea of having a reusable rocket to ship emergency supplies and personnel to far flung places sounds very intriguing and useful, despite what is likely to be a crazy price tag.

All of this said, it is great to see someone like Musk spearheading operations for commercial space programs. His ideas may be lofty and sound impossible, but the whole concept of Space X fell into that category just a few years ago. Now, the company makes regular cargo trips into orbit and has made rocket launches almost routine. The company’s ability to create reusable systems to cut costs and inefficiency is impressive, and a model that others are following too. While space agencies like NASA are constrained by bureaucracy and budget cuts, Space X is pushing forward in unique ways.

Whether or not Musk can get man to Mars in just seven years remains to be seen, but I do appreciate him sharing his big ideas and pushing forward with space travel and exploration. After all, someone has to do it. When you consider the fact that it has been nearly 45 years since we last went to the moon, it is high time we started focusing on getting off this planet once again. That might not happen on Musk’s current timeline, but he is making me believe that it will happen in my lifetime.