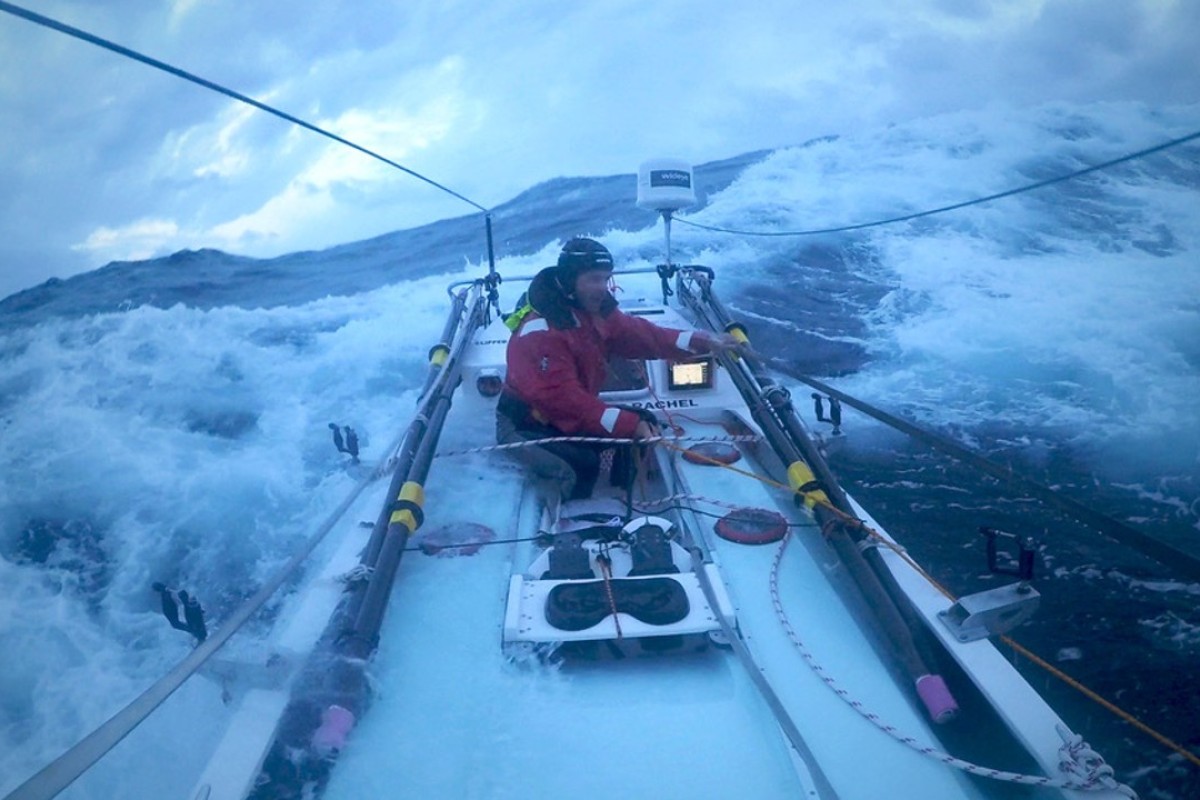 We’ve followed the adventures of Grant “Axe” Rawlinson here on this blog for some time. He has summited Everest and other peaks, rode his bike over great distances, and rowed his boat over open seas. Now, he’s embarking on the final stage of his Rowing From Home to Home expedition, approaching New Zealand through one of the most notoriously rough stretches of water on the planet.

The expedition has always meant to be a human powered journey from Rawlinson’s home in Southeast Asia back to his home country in New Zealand, and has involved him riding his bike and rowing his rowboat over extended distances. He started in Singapore, rowed through Malaysia and across the Pacific to Australia, then rode his bike across that country, and is now back in the boat and working his way across the Tasman Sea. When it’s all said and done, he’ll have covered roughly 12,000 km (7456 miles) completely under his own power.

Now however, he’s about to enter one of the roughest stretches of the journey. According to the this article, he’ll be rowing through the “roaring 40’s” on his way back to New Zealand. That refers to a stretch of ocean that falls along the 40º latitude line just off the coast of Australia. This section of water is notorious for its big waves, choppy seas, and massive storms that can crop up at any time.

This isn’t the first time Grant has attempted this crossing. He set out across he Tasman Sea once before but got caught in bad storms that left him cabin-bound for days. He eventually had to pull the plug on that crossing as it was just too difficult to make any progress. Now, he’s giving it a go again, and has made the choice to plunge into the 40’s, while also focusing on being more mentally prepared to deal with the challenges and the isolation he’ll face along the way.

He’s just about to set off on this second attempt at the crossing and says that time and his budget are running out. He needs to complete the expedition soon or he may not be able to do it at all. You’ll be able to follow his progress on his website here.