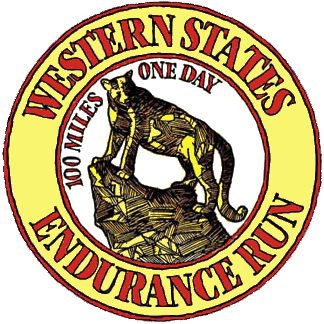 This Saturday one of the toughest and most well respected endurance runs in the entire world will take place in California. That’s where the 2018 Western States ultra will take place with a tough and talented field of runners taking part once again this year. As usual, it promises to be a race filled with drama and inspiration for those competing and following along at home.

As usual, the race will begin in Squaw Valley and will end in Auburn, with competitors covering 100.2 miles (161 km) along the Western States Trail. Along the way, they’ll climb more than 18,000 feet (5486 m) and descend over 23,000 feet (7010 m) as they pass through some incredible scenery in a historic and remote part of California’s Sierra Nevada Mountains.

The race has been taking place since 1974 and over the years it has established itself as one of the premier ultra-endurance events in the entire world. The biggest names in endurance running have traveled to the Western States to test their strength and resolve, sometimes with impressive results, sometimes only to see their hopes dashed. There have been countless stories of triumph and tragedy in the race’s long and storied history, which rewards athletes who can finish in under 24 hours with the coveted WS100 silver belt buckle. For outsiders, that may seem like an underwhelming prize for running 100 miles, but within the sport of endurance racing it is a prized possession indeed.

For an example of just how the Western States 100 can dash an athlete’s dreams, we only need to look back to last two year’s of the race. Runner Jim Walmsley has confidently declared his intention of breaking the course record – which sits at 14 hours, 46 minutes, 44 seconds – only to come up short both times. In 2016 he took a wrong turn on the trail and it ended up costing him precious time. Last year, unexpected heat sapped the strength from his legs when he failed to pace himself properly and he ended up falling off his pace. Hot conditions are expected again this year and Walmsley hasn’t made any bold predictions just yet.

The race will get underway on Saturday morning starting at 5:00 AM local time. The fastest runners will reach the finish line later that evening, but the rank and file athletes will straggle in over the course of Saturday evening and early Sunday morning, with some obviously missing the 24-hour deadline. You’ll be able to follow all of the action on the Western States website, where updates will be posted throughout the day.