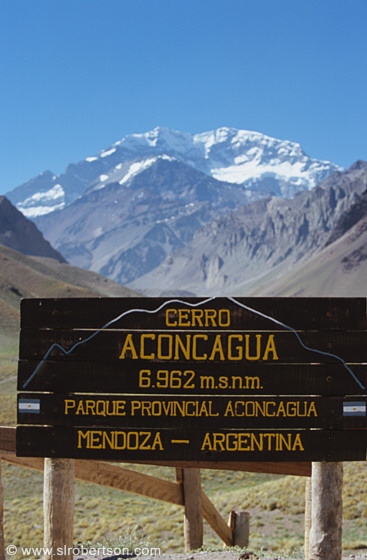 Last week I posted about Andrew Raubenheimer and Dobek Pater, two South African climbers who are attempting to climb Aconcagua along the Polish Direct Route, a technically demanding and dangerous climb up the highest mountain in the Americas. At the time, they had arrived in Argentina, and were still working on obtaining permits, but a week later they are on the mountain, and have established the first of their high camps.

According to the latest updates on their website the boys made the trek into base camp, in quite warm weather, arriving on Sunday. They promptly went to work getting settled in and then yesterday the made the hike up to C1 to shuttle the first of their supplies. After making the round trip back to BC yesterday, they are expected to carry more gear up to C1 today, but thanks to bad weather, including snow, in the area today, there has been no official word if they were sticking to that plan.

Aconcagua is the tallest mountain in South America, making it one of the Seven Summits of course. The usual route up the mountain is a non-technical climb that is mostly a challenge do to altitude. But Andrew and Dobek are climbing a much more challenging route known as the Polish Direct, which goes up the Polish Glacier, forcing climbers to deal with ice and rock, in addition to the normal issues with climbing the mountain. In one of their updates this week, the team notes that three people have died on this route in the past week, which hits home the difficulty and danger of climbing the Polish Direct.