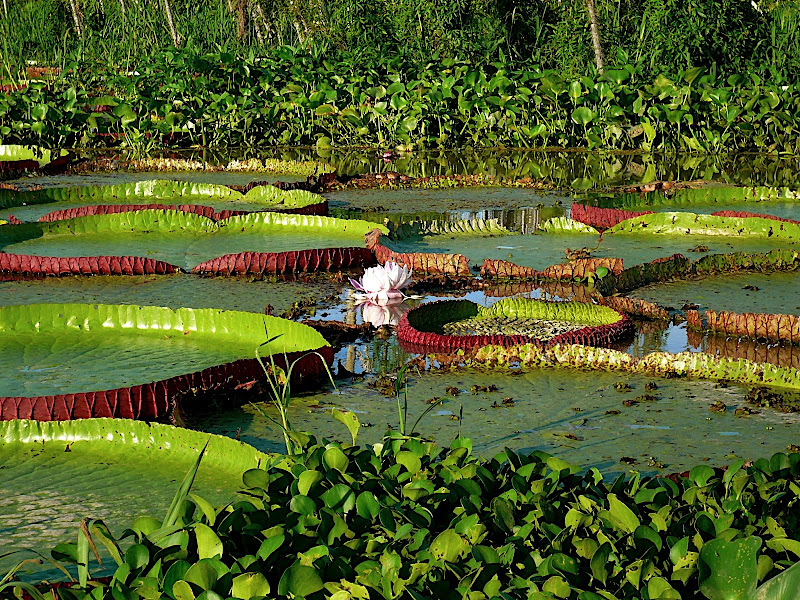 When last we check in on Ed and Cho, they were going off the grid for awhile and facing some hurdles to their completion of their expedition. The boys were desperately low on food and weren’t sure if they were going to be able to make it to their next supply village. Today, they finally reemerged, and have given us some updates via their Twitter feed.

Ed and Cho had estimated that they had roughly eight days worth of rations when they lost contact with the outside world, and according to their tweets, they made those rations last seven days, and they ran out of their farine two days ago. They did supplement their food supply with some things they found in the jungle, and with no rivers in this particular stretch of the Amazon, they were forced to subsist on palm hearts for several days. Ed says that they taste fine, but you have to eat a lot of them to fill up, especially when trekking through the jungle all day.

Today, the two men finally reached a village where they could at least trade for some supplies. They also report that they came across a river that was low on water but had plenty of fish, making them easy to catch, despite the fact that their net is in ruins and their hooks are all but useless with the piranha now. Still, they were able to find some real food at last, and they are very happy and proud to have survived this phase of the expedition.

Next, they’ll set out in search of a jungle town known as Jurua City, where they can get actual food and possibly even some rest in a bed. It’s not much more than an outpost I’m sure, but it’ll seem like a metropolis to these two, after what they’ve been through. Ed promises a blog post on the website on Thursday as well, so stay tuned for more.

I’ll say it again, this is one awesome expedition to follow, and it is great to watch it unfold. Plenty more to come as well, as they still have a long way to go to reach the mouth of the Amazon.