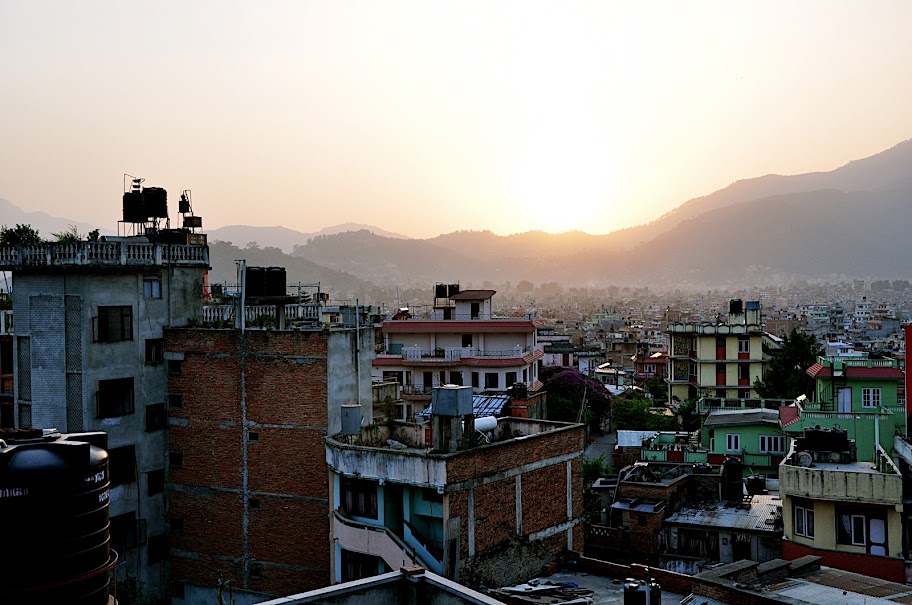 As promised, the second installment of my series of posts on my recent trek through the Himalaya has been posted on Gadling. This time out, I’m writing about Kathmandu, which really is the gateway to the Himalaya.

One of the most challenging aspect of a trip to Nepal is the rather long travel times just to get there, at least for anyone coming from the United States. There is something a bit unsettling about leaving on a Friday and arriving at your destination on Sunday. In all, it was approximately 32 hours of travel time to get to Kathmandu, which can be tiring in and of itself.

Once you arrive, it can be a bit overwhelming. It is a hot, dry place and there are few creature comforts, even in the hotels. We stayed a place called the Manag Hotel, which was serviceable, but certainly not the best accommodations that I’ve stayed in. When the blackouts hit, the rooms would become quite warm, giving you a good excuse to hit the streets and escape from the place, even if for a little while.

Fortunately, the Manang was located right in the Thamel district, which made it easy to shop for gear and other goods, while finding places to eat and exploring the local culture. The shops in that region has all kinds of bargains for last minute gear shopping, but you do have to be careful that you’re not buying a cheap knockoff. Sometimes these were very easy to spot, but others, not so much.

Kathmandu is just the start of the adventure however, and while it is an interesting place, we were all eager to hit the mountains. Those stories are coming in the days ahead, and I’ll keep posting links to them as I post at Gadling, while sharing some different thoughts on the trip here.

I hope you enjoy the series.