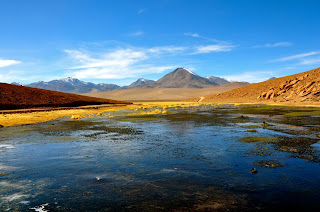 Over this past weekend I had the opportunity to go to Aspen, Colorado and enjoy a few days in the mountains while attending the Outside in Aspen event. For those who aren’t aware, Outside in Aspen is an annual festival, sponsored by Outside Magazine, during which outdoor enthusiasts get together to take part in some of their favorite activities in a fantastic mountain setting. For example, there was rock climbing, hiking, mountaineering, cycling, paddling and more. There were also a couple of good parties, a gear “base camp,” and lots of other stuff to do as well.

One of the highlights of the weekend was a symposium that consisted of a panel of adventure athletes who discussed their thoughts on the risks and rewards of extreme adventure, such as climbing mountain, whitewater kayaking, skiing, and so on. The panel consisted of some very well known names in the adventure community, including three time Everest summiteer Melissa Arnot, mountaineer and filmmaker Michael Brown, telemark skier Nick DeVore,  and kayakers Brad Ludden, and Ben Stooksberry. The panel was moderated by a couple of editors from Outside, who asked the usual questions about why these athletes do the things they do, what motivates them, and what keeps them going back for more.

Listening to the group talk about the things they do, there were several common themes that cropped up. For instance, it was clear that when they feel most happy and content with their lives while out on the mountains or rivers. But that said, there is almost always a level of discomfort, if not out right suffering, while they’re on their expeditions, and that often served as a motivation to accomplish what they set out to do and get back home to a more comfortable existence. Once home however, all they can think about is their next adventure and planning for when they can get back out into the wild and do the things they love.

Each of the panelist also talked about what it felt like to not successfully complete an expedition, turning back before reaching a summit or portaging around a particularly challenging piece of whitewater for instance. In those cases, they often have to weigh the risks of going on versus the rewards that they’ll receive for doing so. Each of them has had to make that decision at some point, and while they all said that it can make you question whether you did the right thing, you have to learn to not dwell on it for too long. Coming home safe is always the first priority, and when you do that, you’ve always made the right decision.

The issue of risk vs. reward is a tough one, as the risks generally come in a very tangible fashion, while the rewards are often much more ethereal. The possibility of getting hurt, or even killed, is something that is a part of all extreme adventures, but the rewards are often more personal and internal. They may be something as simple as a great sense of accomplishment or satisfaction, which can’t be seen or heard, and is only felt on an individual level. For the athletes on this panel, those rewards often outweighed the risks, and drive them to pursue the challenges that they desire.

Sitting in the pavilion listening to these adventurers, I couldn’t help but think that they were preaching to the choir. After all, we had all come to Outside in Aspen to take part in our own outdoor activities, albeit on a less extreme level. But there are a lot of people who will never understand what motivates someone to take what are perceived to be undue risks just to stand on top of a mountain. Those people feel more comfortable living a life that is safe, predictable, and controlled.

A person with that approach to their life would probably never understand what motivates someone to climb into an 8000 meter peak or make the first descent of a remote river somewhere. But listening to this distinguished panel, it was easy to see that they love what they do and that brings them a sense of happiness and contentment to their lives.

In the end, those are the greatest rewards that anyone can ask for.

3 thoughts on “The Risks and Rewards of Extreme Adventure”