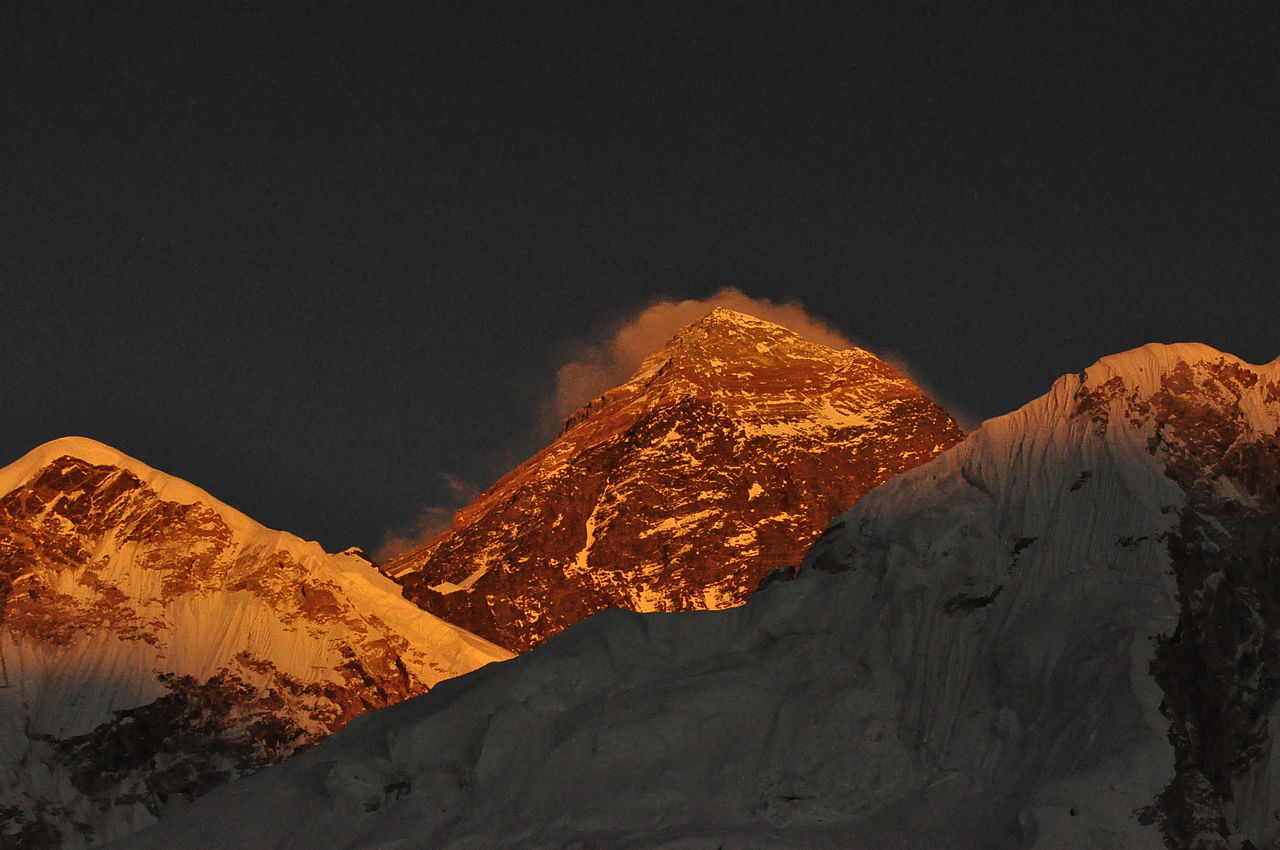 As Nepal continues to rebuild and recover from the deadly 7.8 magnitude earthquake that took place there back on April 25, we are starting to get a better understand of just how powerful this seismic event actually was. According to new reports, the earthquake was so strong that it actually moved Everest 3 cm (1.2 inches) to the southwest. That might not sound like it is very far, but when you consider the size of the mountain – the tallest in the world – and the slow pace of geologic movement, it is an incredible shift.

Precise measurements of Everest’s movements have been observed since 2005 when the Chinese placed a satellite tracking system on the summit. Since then, they have seen the mountain move about 4 cm (1.5 inches) to the north each year, and grow at a rate of about .3 cm (.11 inches). But the earthquake not only reversed the direction of the movement, it also shifted the peak nearly an entire year’s distance in one sudden, jarring motion. That motion caused avalanches to occur on Everest, with 18 people losing their lives in Base Camp on the South Side.

Despite this massive shift, it does not appear that the mountain lost or gained any altitude. Instead, it appears that it shifted horizontally, without moving vertically in any way. Furthermore, the 7.5 magnitude aftershock that occurred on May 12 had no impact on the mountain at all in terms of movement.

The initial quake in April claimed the lives of more 8000 people, and destroyed hundreds of buildings throughout the Kathmandu Valley. It also brought an abrupt end to the spring climbing season, with most major expeditions taking place in Nepal shutting down in the aftermath of the disaster. It is unclear whether or not there are any plans to return to the mountain this fall, but numerous trekking teams have already canceled their trips that were scheduled to take place in the post-monsoon months.

In the greater scheme of things, this shift in Everest’s location would have gone unnoticed were it not for the precise instruments installed on the summit. But, that said, in terms of geological forces at work, it does give us an indication of just how powerful this earthquake truly was. When mountains are literally shifting it is easy to understand why the destruction was so widespread and massive in its scope. Thankfully, recovery efforts are well underway, but it is going to take years for Nepal to fully get past this disaster.