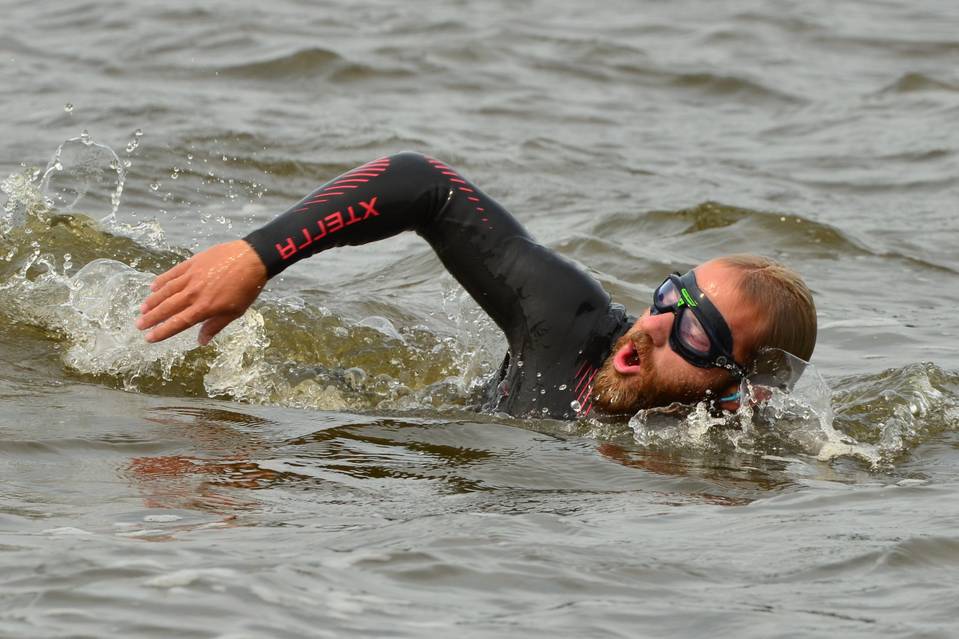 For me, some of the most impressive feats of endurance involve swimming long distances. The challenges that come along with such an endeavor are very different than say trekking or cycling on land. The water simply makes things more difficult, creating colder conditions and providing greater resistance. That’s why I’m incredibly impressed with what American Chris Ring is doing. The 28-year old U.S. Navy vet set out in June to swim the length of the Mississippi River, and while he has already covered an impressive distance, he still has a long way to go.

This massive undertaking started in the headwaters of  the Mississippi in northern Minnesota’s Lake Itasca and has continued south for more than four months. So far, Chris has covered approximately 1300 miles (2092 km) of the journey, with another 1200 miles (1931 km) left to go. He had been averaging about 15 miles (24 km) per day, but when he reached St. Louis on Sept. 24, that milage increased to about 20 miles (32 km) thanks to stronger currents pushing him along. If he can maintain that pace, Ring believes he will reach the Gulf of Mexico in New Orleans sometime in mid-November.

The swimmer has dubbed this challenge the Swim for their Sacrifice, and he has dedicated the journey to fallen U.S. soldier and the families they have left behind. With that thought in mind, he specifically chose June 6 – the anniversary of D-Day – to begin the swim, and along the way he has stopped to meet with numerous widows and families of soldiers who have died defending the United States. The expedition is also being conducted sponsored by Legacies Alive, an organization dedicated to improving the support for families of fallen soldiers.

If he is successful, Chris will become only the second person to ever swim the length of the Mississippi. Endurance swimmer Martin Strel also accomplished that feat back in 2002, and is has yet to be duplicated again. Ring seems on track to accomplish that, but he still has many miles to go before he is done.

You can follow Chris’ progress on the Legacies Alive Facebook page. I wish him luck on the remainder of the journey and hope he gets to the finish line at Mile Marker 0 safe and sound.