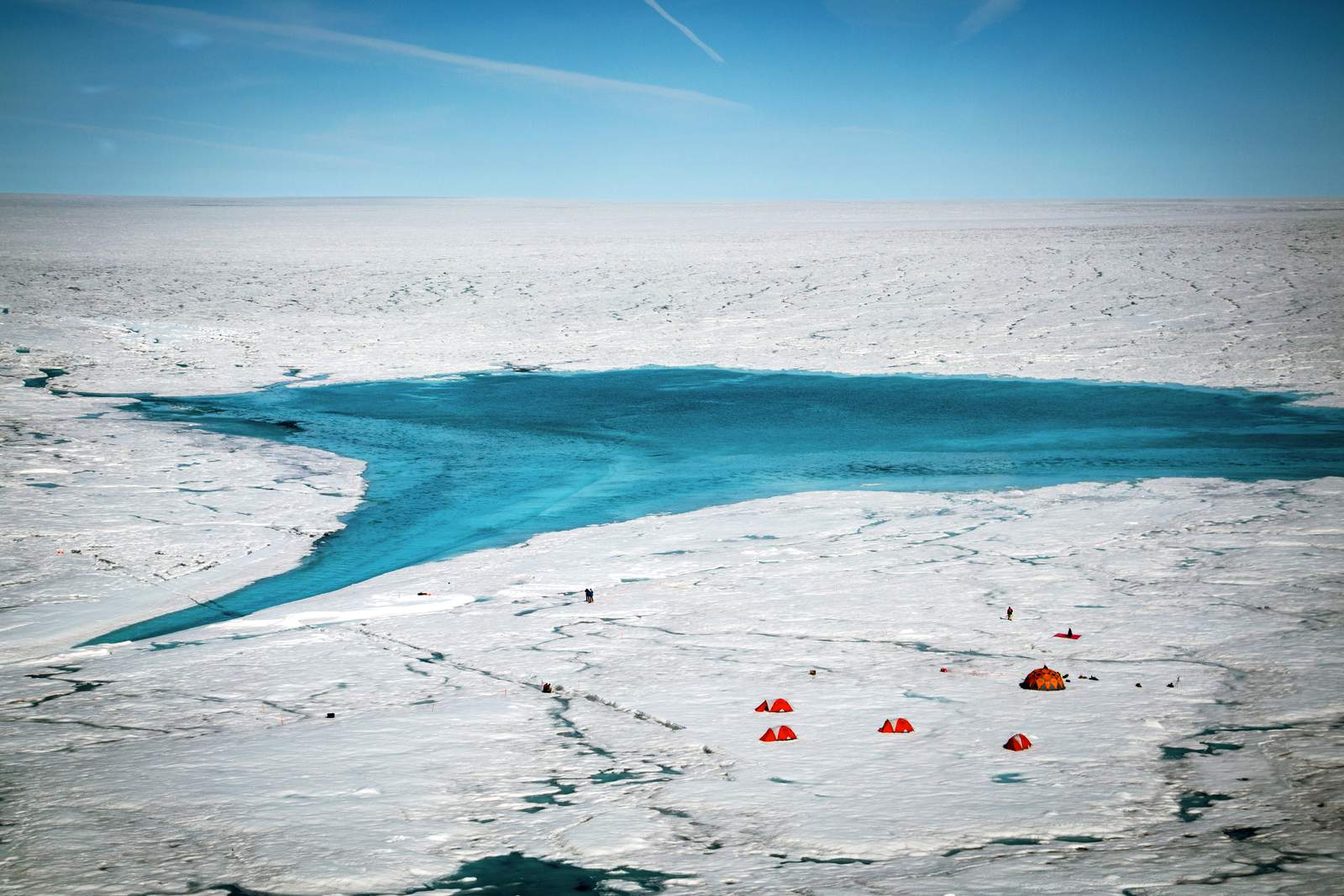 Inexplicably the topic of climate change remains a controversial one, even in the face of overwhelming data that indicates that it is indeed a very real threat to our planet. But despite all the evidence to the contrary, there are still those who refuse to believe that it is happening all around us. I would direct those people to a new article from the The New York Times, which explores the direct impact of global warming on the ice sheets of Greenland.

A team of reporters traveled to that country to explore this topic in-depth, and returned with some sobering findings. In Greenland the impact of climate change isn’t just something that is recorded with fine scientific instruments. It can be observed with the naked eye, as water from the melting ice caps flow across the landscape like rushing rivers, somethings that is seen in this interactive piece by the Times in the very first image found at the top of the website.

To more directly take stock of the changing environment in Greenland, a team of scientists went there this summer, and got a first hand look at how things are shifting. The discovered that not only are the ice sheets melting, their disappearance is accelerating at an alarming rate. The lakes and rivers that form from that melt off are slicing through the glaciers like a knife, warming the surrounding ice faster than expected. Those rivers than drill through the ice, creating vast and deep sinkholes that eventually deposit the water into the ocean. As time goes by, this will cause the ocean levels to rise, directly impacting places that fall along our current shorelines.

These large holes are called “moulins” and while scientists were aware of their existence, they didn’t know just how prevalent they were until this year. As one research explained it, the ice cap in Greenland is “porous like Swiss Cheese” and that is allowing the water to run off at a faster rate, and melt more ice in the process.

The article from the Times is a fascinating one that deftly melds interactive elements with engaging writing, and excellent research and reporting from the field. It is a long story to read, but the photos and other media that are included with help convey just how important this story truly is. If you love the outdoors, and have any concerns whatsoever about how climate change will change the face of the Earth, this is definitely one story you won’t want to miss. Kudos to the “Newspaper of Record” for  a job well done here. This is sobering stuff to say the least.