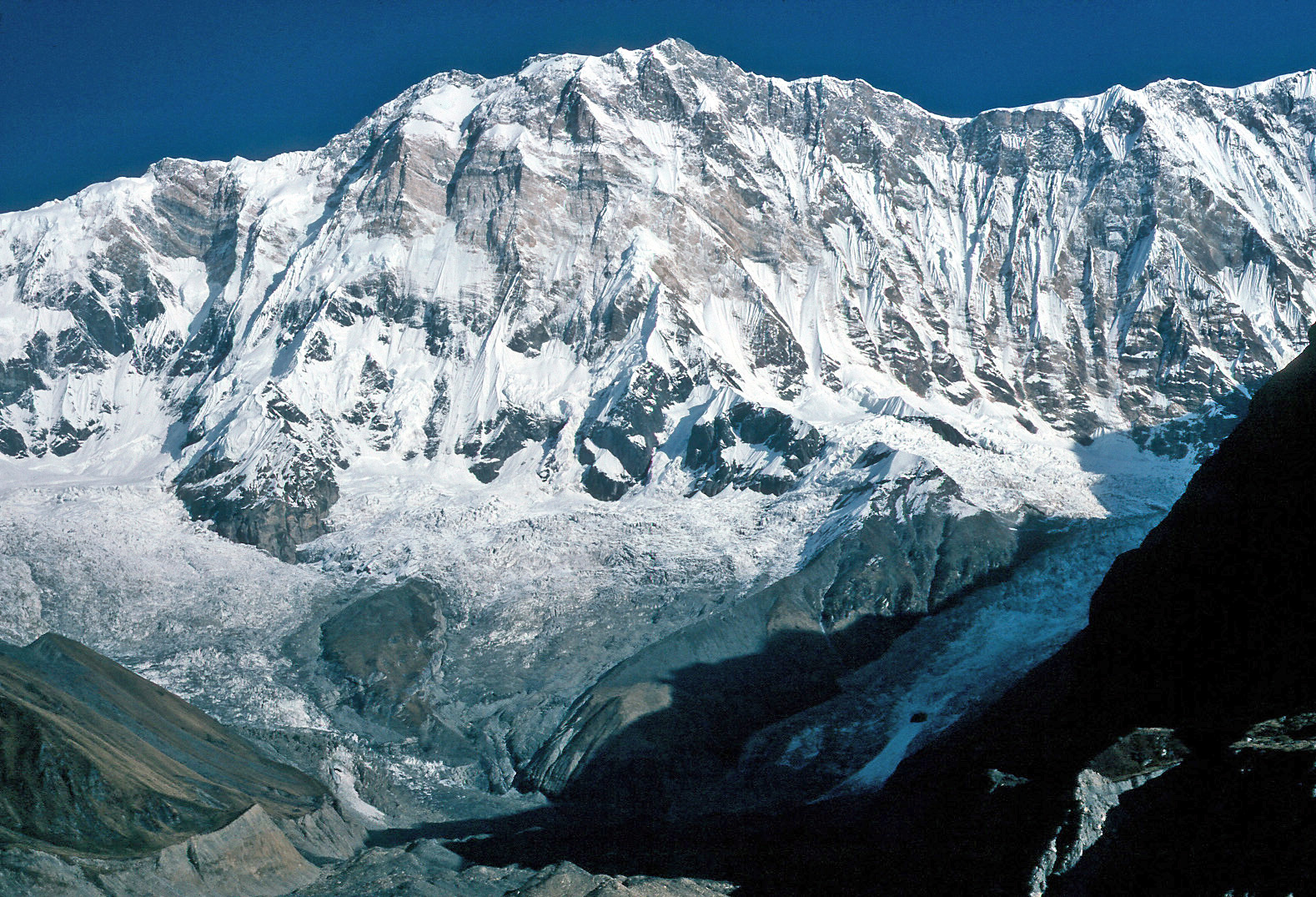 The start of the spring climbing season has brought numerous teams to the Himalaya, where most are still en route to their various base camps. At the moment, there are dozens of men and women trekking in the Khumbu Valley, making their way to Everest, Lhotse, and a number of other mountains. But soon, they’ll start the real work of acclimatizing and preparing to summit those peaks. That doesn’t mean there isn’t news to report from the mountains however, as teams on Annapurna watch weather forecasts closely, and the Ice Doctors on Everest continue to make slow, but steady progress.

While most of the teams have yet to reach their respective mountains, Annapurna is the exception to that rule. Alpinists arrived early on that mountain in an effort to summit before the weather warms up, bringing greater chance of avalanches. At the moment, those teams are watching the weather forecasts closely while they wait for rope fixing efforts to be completed.

According to Chris Jensen Burke, the Annapurna climbers are now spread out between BC and Camp 2 as they continue to work on their acclimatization. High winds are keeping them at those altitudes, as the upper slopes are simply not safe for most of the mountaineers at the moment. The current forecasts say that those winds are going to continue to buffet the mountain into next week, so for now there is nothing to be done but continue to wait.

Jensen Burke also says that the rope fixing teams have now reached Camp 3 and when the weather permits, they’ll begin installing the ropes up to C4 as well. The gear is in place, and the teams are working closely with one another to get this important job finished, but it will probably be next week before that can be completed too.

Finally, one last bit of news from Annapurna. It has also been reported that a member of a Korean climbing team on the mountain slipped and fell into a crevasse at Camp 2 a few days back. Fortunately, he was clipped into a safety rope, and there was plenty of support staff there to help pull him out. Apparently he managed to drop 5-10 meters (16-32 feet), but didn’t suffer any major injuries. He was retrieved within a matter of a few minutes. C2 on Annapurna sits directly over a number of crevasses, making it a challenging place to say the least.

Meanwhile, over on Everest, the Khumbu Ice Doctors continue to make progress in fixing the ropes there as well. The Ice Docs are the special team of Sherpas charged with finding and maintaining a route through the Khumbu Ice Fall each spring. This dangerous section of the climb passes through a section of the mountain where ice calves off of a glacier, shifting and collapsing on a regular basis. According to reports however, the route has now been fixed from BC to Camp 1, and the Ice Docs have now started to install ropes up to Camp 2 as well. They should wrap up those efforts within a few days.

Above C2 the commercial teams will have to work together to fix the ropes, and effort that is typically led by some of the larger teams, including the Adventure Consultants and Himex. They’ll hold an organizational meeting once they arrive in Base Camp and have a few days to get settled in.

That’s the latest from the Himalaya. More news to come in the days ahead.