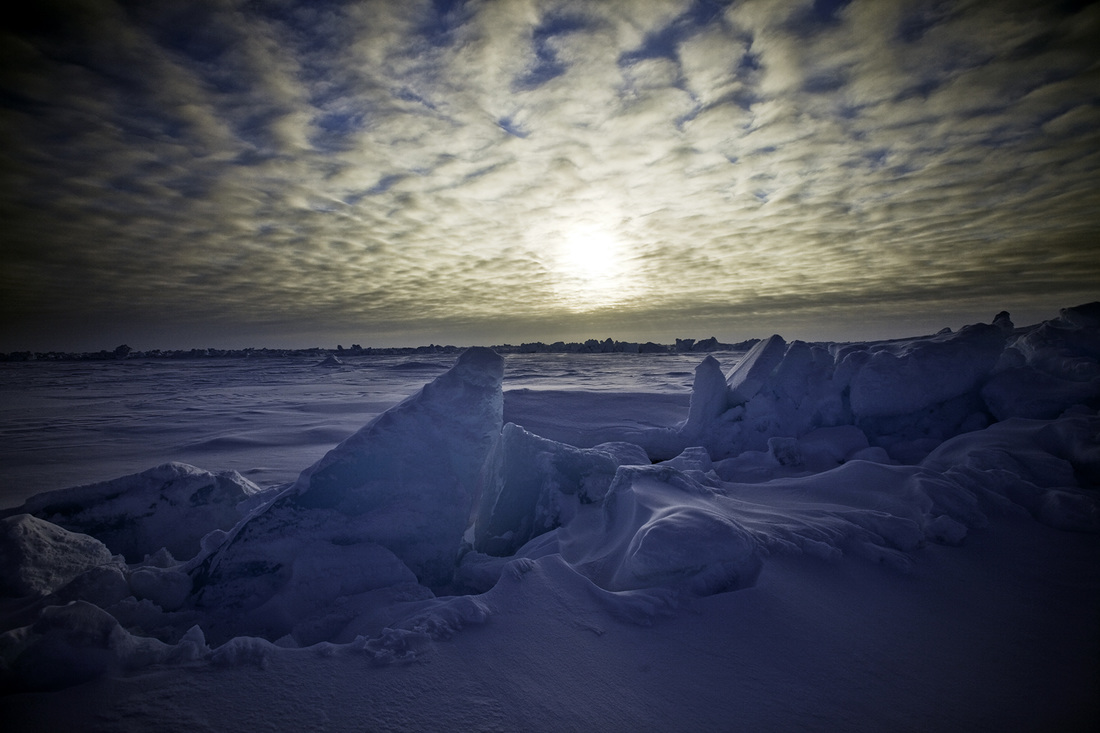 As the 2016 Arctic exploration season starts to wind down, we now get word of yet another attempt to ski the full distance to the North Pole. Adventurers Sebastian Copeland and Mark George are planning on making that journey in 2017 as part of what they call The Last Great March, a project that also includes a self-supported journey across Australia’s Simpson Desert as well.

The two men – who has extensive exploration and adventure credits on their resume – first plan to set out from Ellesmere Island in Canada next February in an attempt to ski 775 km (481 miles) to the Geographic North Pole at 90ºN. They’ll travel on skis over the ice, dragging their sleds filled with gear and equipment behind them as they go, with the hope of finishing the journey in under 49 days. Along the way, they’ll face unpredictable weather, ice rubble fields, large open leads of water, and possibly even polar bears. If they can actually pull it off, they’ll be the first team to complete the full journey to the North Pole since 2014, and quite possibly the last to do so.

But the expedition to the North Pole is only one phase of the Last Great March project. Sebastian and Mark are also planning of trekking for 520 km (323 miles) across the Simpson Desert, the driest place on the Australian continent. To do so, they’ll need to pull specially built carts carrying 400 pounds (181 kg) of gear and equipment, much of which will consist of the water they’ll need to survive in this inhospitable place. While out in the desert they’ll face intense heat, dehydration, massive sand dunes, and a variety of poisonous snakes.

The goal of The Last Great March is to not only push the boundaries of human endurance in remote and difficult settings but also to record the impact of climate change on these places. It will be interesting to see how these expeditions play out, particularly in the Arctic. We had one team announce a full-distance expedition to the North Pole this year, and that didn’t end so well. Will this team have more success next year? We’ll have to wait to see.