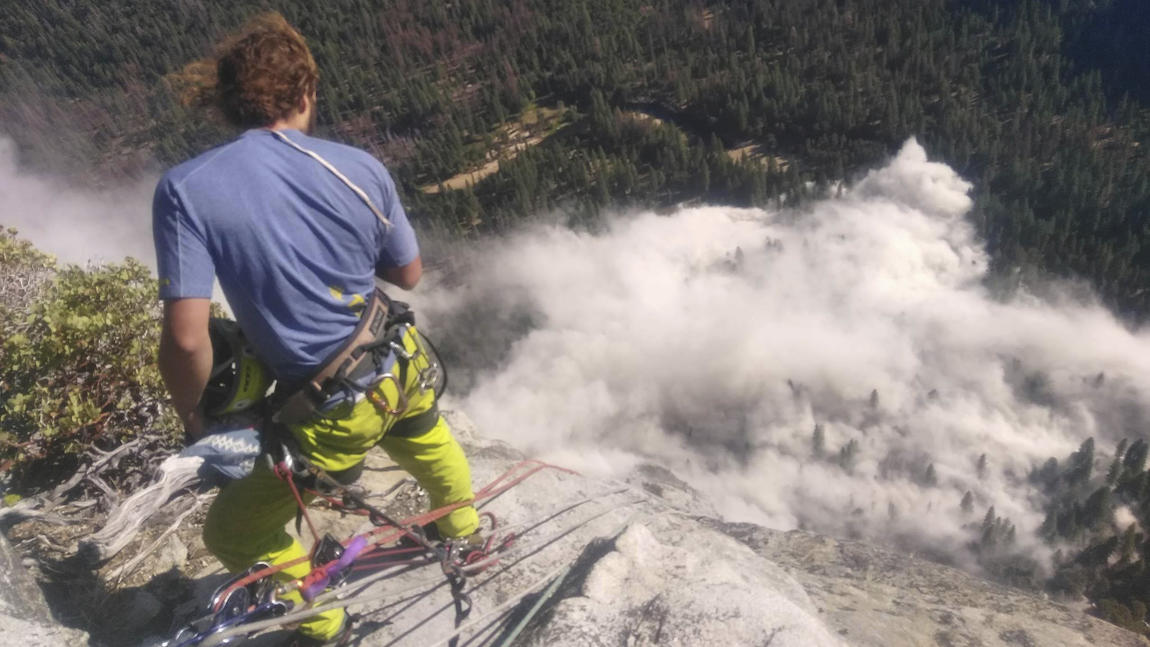 Unusual news from Yosemite National Park, where two major rockslides have occurred in as many days. The two incidences have left visitors to the Yosemite Valley stunned, with one claiming the life of a climber, while the other has altered the face of El Capitan forever.

On Wednesday, Andrew Foster of Wales was hiking with his wife Lucy in the national park when the first of the two slides occurred. The couple were believed to have been scouting possible climbing routes on El Cap when part of the granite rock face collapsed, pinning foster underneath and killing him on the scene. Lucy was seriously injured and had to be airlifted to a nearby hospital where she remains in critical condition.

Park rangers said that Wednesday’s activities actually included seven smaller rockslides that occurred over a brief period of time. While these types of events aren’t uncommon, they are rarely this large or frequent. They almost never claim the life of a climber or hiker either. Records indicate that at least 30 climbers were on El Cap when the accident occurred. That slide saw a slab of rock about 130 feet (40 meters) tall and 65 feet (20 meters) wide go plummeting down the face.

The second rockslide occurred yesterday, raining even more rock, dust, and debris down on the valley below. It occurred in essentially the same place, but was even larger than the first fall. Another person was injured in this incident and was also taken to the hospital to treat their injuries.

Geologists believe that the rockslides were probably caused by expansions and contractions caused by warm weather and followed by cooling off in the evening. There doesn’t seem to be anything unnatural happening in the park, although the two days of accidents have left some unnerved. Climbers are urged to take extra caution when climbing on El Cap for now, and they should avoid the area where the slides have occurred.