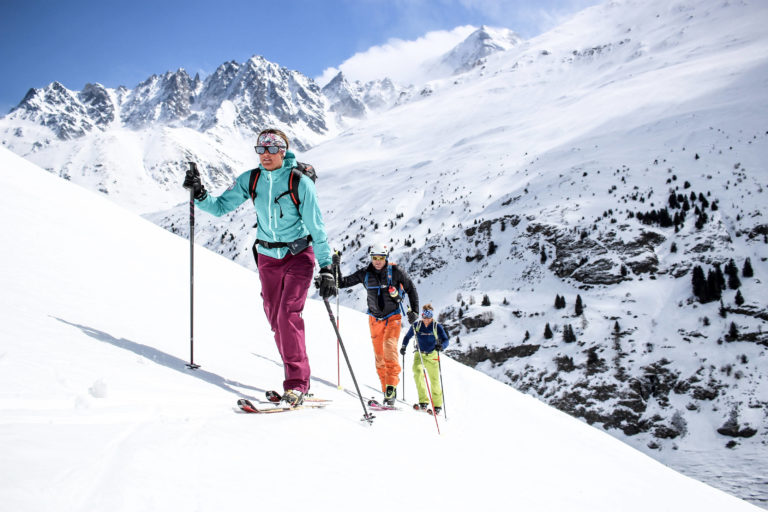 Last week a team of five skiers wrapped up an impressive feat by traveling the entire length of the Alps. The group spend 36 days skiing through the mountains following a route that is known as Der Lange Weg (The Long Way), traveling some 1721 km (1069 miles) from Vienna to Nice in the process and setting a new speed record for this feat.

The team consisted of Bernhard Hug of Switzerland, Philipp Reiter from Germany, David Wallmann of Austria, and Janelle and Mark Smiley from the U.S. The group set out on their journey back in March and spent 36 days on the trail. Over that period they estimate they were skiing for approximately 375 hours and gained 89,644 meters (294.107 ft) of cumulative elevation gain. Most days they spent 14 hours skiing

In addition to the challenging terrain the team faced plenty of bad weather along the way too. Heavy snow and high winds were frequent throughout the five-week journey, even preventing the group from reaching the summit of Mt. Blanc at one point. Avalanche danger was also a regular concern, forcing the five skiers to pick their route carefully and causing them to avoid certain areas due to excessive risk.

The expedition was sponsored by Red Bull and drew inspiration from a similar journey done back in 1971. Back then, the team of Austrian ski mountaineers consisting of Robert Kittl, Klaus Hoi, Hansjörg Farbmacher and Hans Mariacher made the initial exploration of the route.

When the team originally set out there were seven members, but two had to withdraw from the expedition while en route. ultrarunner Nuria Picas of Spain and Italian mountaineer Tamara Lunger both left the team for various reasons in the midst of the adventure. The other five continued on to the end.

To find out more about this expedition click here.