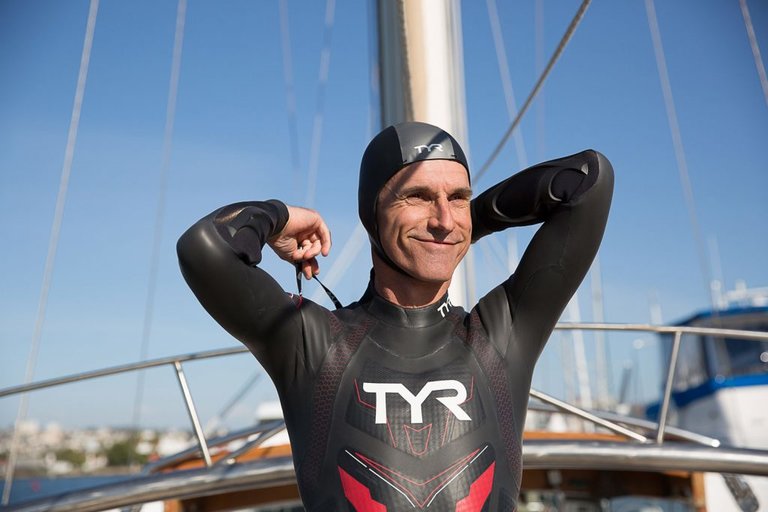 When Ben Lecomte set out on his attempt to swim across the Pacific Ocean last month he knew he’d be facing some big challenges. Swimming in an ocean brings dangerous currents, encounters with sea creatures, plenty of big waves to battle through. But what Lecomte didn’t anticipate was how much trash he would have to swim through along the way too.

Lecomte is now 42 days into his swim, which is expected to take somewhere in the neighborhood of six months to complete. The journey has already been a challenging one, with he and the crew having to make regular repairs to the ship, while also waiting out inclement weather. Still, Ben is making slow but steady progress when he can, even if there are many days and miles still ahead.

One of the reasons that Lecomte took on this epic undertaking was to raise awareness of the challenges that the oceans face from over pollution. As he makes his was across the Pacific, he’s getting a first hand look at the impact humans are having on the environment there. He’s found plenty of plastic floating in the water in the form of bags, water bottles, and other items. He’s also seen things like large coolers, shoes, balloons and a lot more too.

Yesterday, Ben and his team posted the video below to Facebook, sharing some of the encounters with plastic trash that they have had so far. And troubling as all of that garbage is, the crew have also found something interesting ––microbiomes starting to grow on the plastic itself. Throughout the swim, they plan to examine the impact that plastic is having on the environment and it appears that one of the changes is that these tiny organisms are starting to adapt to the foreign elements that have made their way into the ocean.

You can get daily updates on Lecomte’s progress on his own website, as well as further insights, news, and information at Seeker.com/theswim. I’ve long maintained that this is one of the toughest, most demanding undertaking that any human has ever attempted, and that is proving to be true in more ways than one.