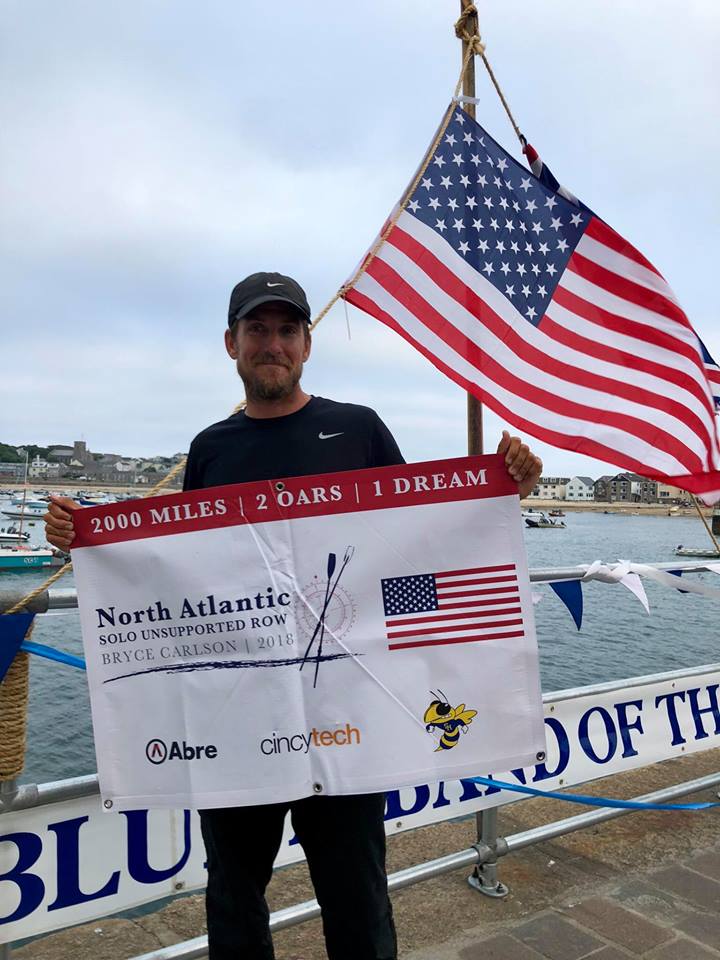 An American school science teacher found something productive and adventurous to do this year during his summer break. Rather than staying home and relaxing during this three-month  sabbatical, 37-year old Bryce Carlson decided to row across the Atlantic Ocean. And now that he has wrapped up that endeavor, he has managed to do so in record time.

Carlson set out from St. John’s in Newfoundland, Canada back on June 27 and reached St. Mary’s in the Scilly Islands this past Saturday. That makes his adventure one of the rare west-east crossings, as most start on the opposite side of the Atlantic and row west instead. The entire ocean crossing took 38 days, 6 hours, and 49 minutes to complete, which is the quickest ever for North American departure.

All told, Carlson covered roughly 2000 miles (3218 km) while spending more than a month at sea. The turbulent waters of the North Atlantic weren’t exactly easy on him either, as his 20-foot (6-meter) row boat – dubbed Lucille – capsized on several occasions. The rower even skirted the edge of hurricane in his pursuit of the new record, which was made official by the Ocean Rowing Society on Sunday. The previous record was set by Laval St. Germain back in 2016 and stood at 53 days, 8 hours, 26 minutes. Carlson’s efforts shaved more than 15 days off of that mark. In the process, he also managed to become the first American to complete a solo row across the Atlantic traveling west to east as well. Only about 16 people have ever rowed in that direction.

Congratulations to Carlson on the completion of this crossing. He’ll certainly have something to tell his students about when he heads back into the classroom in a couple of weeks.