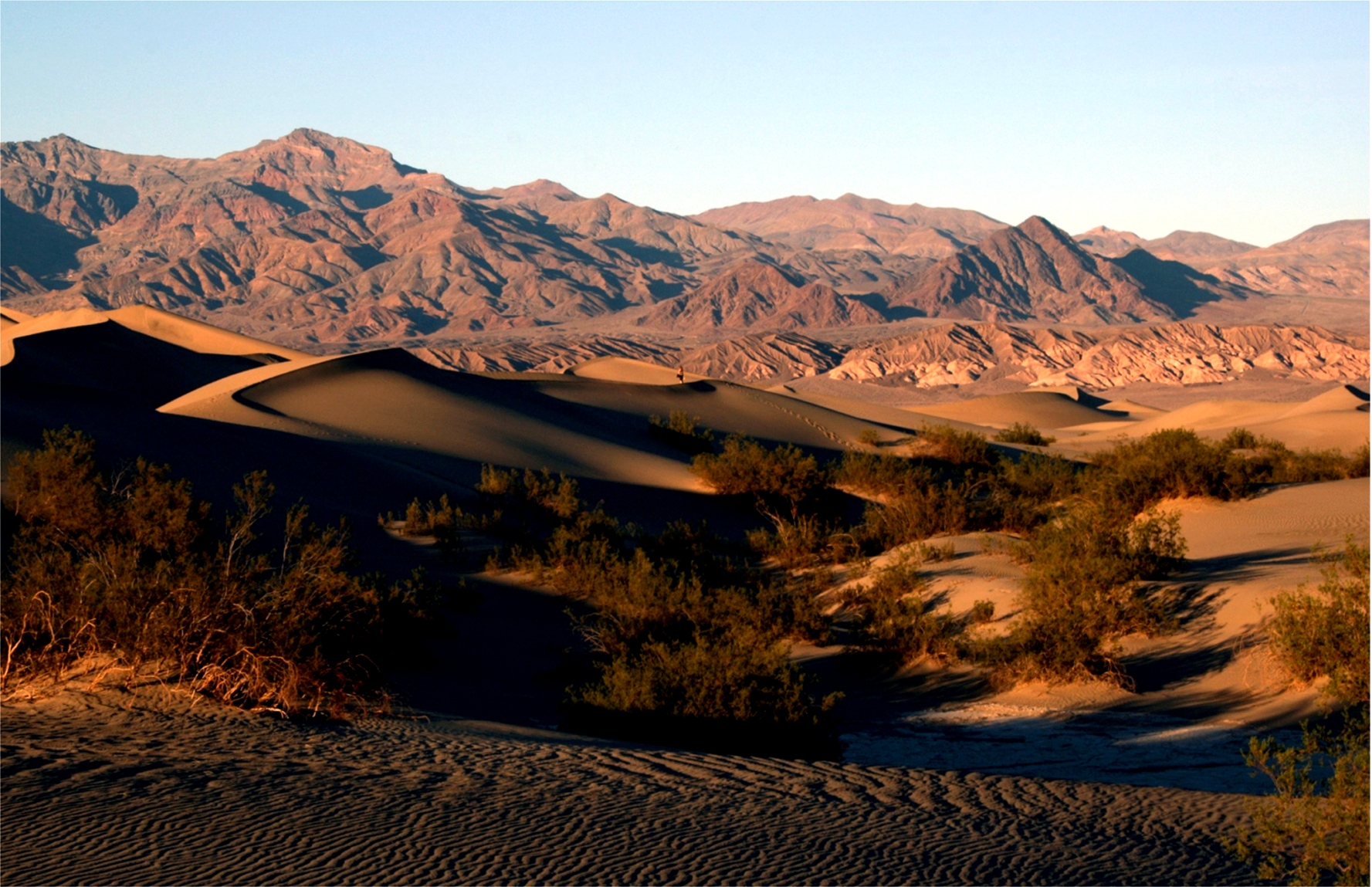 An adventurous hiker is preparing to cross Death Valley solo and unsupported and is looking to raise funds for a great cause along the way. The expedition is set to get underway next week, with the trek taking the intrepid adventurer from the southernmost point in the national park to its northernmost terminus, crossing through some of the most remote and desolate areas that Death Valley has to offer.

Roland Banas says that he isn’t an extreme adventurer or explorer, but is instead “just a regular dad and small business owner.” In fact, he tells me that he thinks “there is a disconnect between extreme adventurers and the rest of us and I want to show that one does not have to be exceptional to complete tough adventures.” In order to do that, he is embarking on this journey, which Banas says he expects to take about eight days to complete.

While hiking through Death Valley he’ll be carrying all of his gear, supplies, and water on his back. His backpack will reportedly weigh in the neighborhood of about 90 pounds (40 kg) at the start, although it will get lighter as the days pass. Still, the difficult and unforgiving terrain will be a challenge, even as the load lightens.

This isn’t the first time that Banas has attempted to cross Death Valley on foot. In fact, he says that he has failed on three previous attempts. But, he also says that he’s learned a lot from those previous expeditions and that he is optimistic that he’ll be able to complete the crossing this time out. To date, only Belgian adventurer Louis-Philippe Loncke has been able to complete a solo and unsupported crossing of Death Valley, although his route took him in the opposite direction of Banas, heading north to south instead.

While this is a major undertaking and a significant adventure, there is a charitable angle to it as well. As an extra dose of motivation to see this adventure through to the end, Roland is also raising funds for the Mustard Seed School in Sacramento, which is an educational institution dedicated to helping homeless children to get the education they need. Banas is hoping to raise $1000 for the school before he sets out next week, and as of this writing he is closing in on that goal.

There is a lot that I love about this story. First and foremost is the adventurous undertaking itself and the fact that it is being done for charity too. I also love that Roland looking to show that you don’t need to be a tremendous athlete or daring explorer to go out and do these kinds of adventures. One of the key messages that I’ve always tried to convey on this blog is that we can all do amazing things if we set our mind to it, and this Death Valley crossing will be a great example of that.