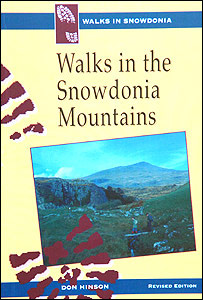 By now I’m sure you’ve seen this article mentioned somewhere on the Internet. It’s the story of Christopher Parratt, a 32 year old British man who fell to his death while descending from Tryfan, a mountain in the Snowdonia Mountain region of Wales. Apparently, he and his wife were using a guidebook that contained erroneous information that caused them to get lost, in foul weather conditions, and may have resulted in Christopher’s death.

I first read this story over at Outdoor Magic and then saw it mentioned on Two-Hell Drive and The Adventurist. Tom and Jason from those two sites respectively have both weighted in with their thoughts on the topic, and for the most part I agree with their assessments. You shouldn’t take a guidebook as anything more than that. It’s a guide.

Apparently the chapter in the guidebook on Tryfan is entitled Tryfan The Easy Way, which is where some people seem to be focused in this case. The implication is that the chapter is misleading in that it makes it sound like it isn’t all that difficult to go up the mountain, which is approximately 3000 feet in height and is said to be one of the more challenging climbs in Snowdonia, especially in inclement weather. The question here is whether or not the publisher and/or author of the book is at fault for the death of Christopher Parratt.

Parratt’s wife Jennifer testified that they realized on the ascent that the guidebook was off the mark in several areas, but they continued to climb none the less, and despite the onset of bad weather. The guidebook did note that should rain and clouds move in, that climbers should turn back. On the descent, the rocks were slippery and Mr. Parratt slipped on the wet stones, falling over 25 meters to his death.

Obviously this is a delicate story to make a comment on. Friends and family are no doubt still grieving and I can understand their desire to place the blame on someone else. However, even if the guidebook was completely off the mark, it sounds like the poor weather, and slippery conditions are more the cause of this tragedy than anything else. It’s a bit like the woman blaming her GPS navigation system for her car getting hit by the train. Common sense should take precedent over what the guide is telling you, and as tragic as this story is, it no different than other hikers, trekkers, and climbers who accidently die while on a trail somewhere. You need to trust your instincts more than a guidebook, and if you don’t have instincts to guide you in these situations, than you probably shouldn’t be there in the first place.

7 thoughts on “Guidebook Blamed In Death Of Hiker”