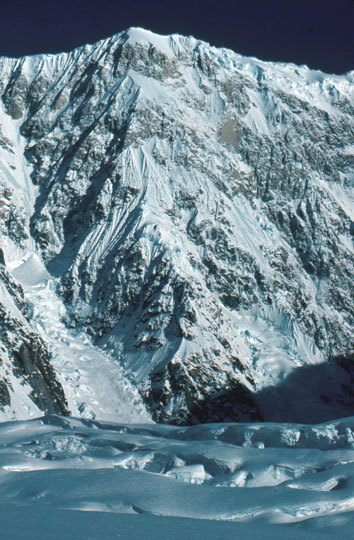 As the Everest season winds down for the Spring, the focus for mountaineers shifts to Denali, where teams are already hard at work on the mountain. Sadly however, The Adventurist is reporting that two Japanese climbers have gone missing.

The article quotes a brief statement posted at ABC-of-Mountaineering.com in which a spokesperson for the Denali National Park and Preserve says that the two climbers, whose names were not given, were expected to report in Thursday, May 22nd, and are yet to be heard from.

The Alpinist has more information on the team and what they were doing on Denali. It seems a group of 5 Japanese climbers, part of the “Giri Giri Boys”, were on the mountain to tackle a couple of new routes. Three of the men, Katsutaka Yokoyama, Yusuke Sato and Fumitaka Ichimura, managed to successfully link up two of the more challenging routes on the mountain, climbing up the Southwest Fork of the Ruth Glacier, onto the Isis Face, and then moving up the South Buttress. After a few more long days, including breaking trail at 20,000 feet, the three men reached the summit. However, their triumph was tempered by the fact that they saw no sign of their friends, who were suppose to be taking a different approach.

We won’t know the names of the two missing climbers until their families can arrive in Alaska. I do send my thoughts and well wishes their way in this challenging time however. After being missing and overdue for a week, it’s unlikely that we’ll have a miracle here, and it has been a rough week or so in the mountaineering community.