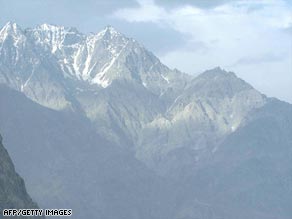 CNN.com has posted an update from K2 with more news on the events that have gone down over the weekend, and they confirm the reports of 11 dead on the mountain.

According to the story, 17 climbers went up K2 on Friday, with a number of them reaching the summit. While climbing the mountain, a large serac broke off and tumbled down the face, taking the fixed lines with it. When climbers returned to the Bottleneck, they found that they were down cut off. A number of them set up camp in the area, and later an avalanche struck the camp, taking seven climbers down the mountain. Three other climbers perished before the avalanche incident as well.

If there is any good news out of all of this, it’s that CNN is now saying that all climbers on K2 are accounted for. There are no longer any missing climbers, and while not all the details have been released on those that have died, we do know that they were Dutch, Irish, Italian, French, Norwegian, Korean, and Nepalese citizens.

I”m sure we’re going to continue to hear a lot about this over the next few days, and the details will finally begin to come out. Keep the family and friends of all the climbers in your thoughts.