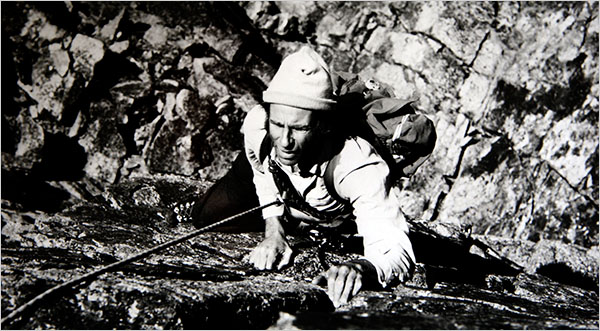 Beckey has been climbing for more than 70 years, and to this day, he remains as agile and determined as ever to continue bagging peaks. He has put up more first ascents than any other man, taking on rock faces in United States, Canada, China, the Himalaya, and more. He even has an 8500 foot mountain named after him in a remote region of Alaska.

The article recounts his long career on the rock, and touches on his controversial personality that, at times, alienated other climbers. But as he has gotten older, his dedication to the sport, and thirst for adventure, continue to thrive. Beckey often recruits younger climbers to this day to join him on his latest excursions all over the world. For example, the word went out this fall that Beckey was headed to Spain to climb, and that he was looking for others to join him. And many climbers planned to join him, just for the opportunity to get to know one of the legends of climbing.

Despite his advancing age, Beckey continues to be in great shape, and tackle challenging walls. The article says that he intends to climb Mount Monarch in the Coast Range, Longs Peak in Rocky Mountain National Park and Mount Assiniboine in the Canadian Rockies, before he heads to Europe for the Spanish climbs that he has on the agenda.

I can only hope to be half as spry and adventuresome when I hit 85. Great story. Thanks to the Backpacker Blogs for this one.