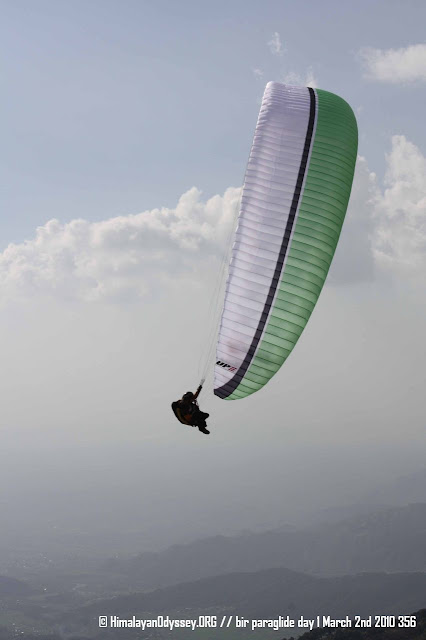 When most of us think about Himalayan adventures, our minds conjure up images of mountaineers in their down suits struggling to summit 8000 meter peaks or even intrepid trekkers exploring mountain passes. But the Himalayan Odyssey team wanted to explore those iconic mountains in a different way, and from a very unique perspective.

The expedition got underway a few weeks back, with Brad Sander, Antoine Laurens, and Mike Laengle, setting out to explore over 700 miles of Himalayan territory, stretched out through India, Nepal, and Sikkim, not on foot, but on paraglider instead. The journey is expected to take approximately six weeks to complete, and with much of it being filmed and photographed along the way. The team is also joined by guest pilots along the way, adding new faces to the expedition for some of the segments.

A typical day for the Himalayan Odyssey crew is to get up and check the thermal air currents to see how they’ll impact their daily travel. If all is well there, they’ll climb up above 2000 meters and launch out into the open skies, riding those thermals and traveling from one valley to the next along their route. As the day whittles away, they’ll scout the ground below for a good place to camp, only coming in for a landing when they’ve found a a good site to pitch their tents.

While exploring the Himalaya from a paraglider probably is its own reward, the team has other goals in mind as well. Besides having an adventure of a lifetime, they’re also exploring the amazing Himalayan culture, while also working to raise awareness of the plight of the Himalayan Condor, a bird that is dying out at an alarming rate.

Thanks to Alan for the tip on this one!

1 thought on “Exploring The Himalaya By Paraglider”