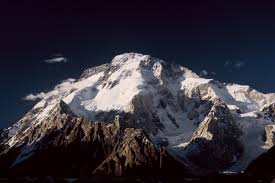 It has been a long and tumultuous week on Broad Peak for the Polish team that triumphantly made the first winter ascent of that mountain on Tuesday, but saw their spirits crushed when two members of the summit team went missing the following day. Now, as several more days have passed and the weather has taken a turn for the worse, hope that their companions can possibly be found alive has faded and the team begins to prepare to come home.

On Tuesday, four members of the squad – Maciej Berbeka, Adam Bielecki, Tomasz Kowalski and Artur Małek – completed the climb to the summit which took months to plan and weeks to set up. It was another big moment in the history of Polish winter mountaineering and a cause for celebration in the climbing community. But that celebration was short lived when the four men struggled to get back down the mountain after expending most of their energy getting to the top.

Bielecki and Małek managed to stumble into Camp 4, where they took shelter in their tents and rested for the night. But their companions were too exhausted to follow and ended up spending the night above 7900 meters (25,918 ft) without a tent. Kowalski spoke to the support team in Base Camp early Wednesday morning but didn’t have the strength to move down to C4. He stopped responding to the radio soon there after. Berbeka was seen crossing a crevasse at 7900 meters, but went missing shortly there after. For some reason he wasn’t carrying a radio with him at the time.

The past few days, some of the Pakistani support climbers have gone up to Camp 3 to watch the upper slopes and lend assistance where they could, but there has been now sign of the missing men. With bad weather moving back in, the chances of survival are quite slim, particularly during the winter and at the altitudes they are last known to have been at. Team leader Krzysztof Wielicki said as much in this interview in which he is quoted as saying “there is no longer any chance.”

There is obviously a lot of inherent risk that comes along with a major climb in the winter. These men knew that before they ever set foot on the mountain. Unfortunately, climbing in the Karakoram and Himalaya during the winter these past few years has proven to be very costly indeed.

My condolences to the friends and family of Maciej and Tomasz. They will be missed.