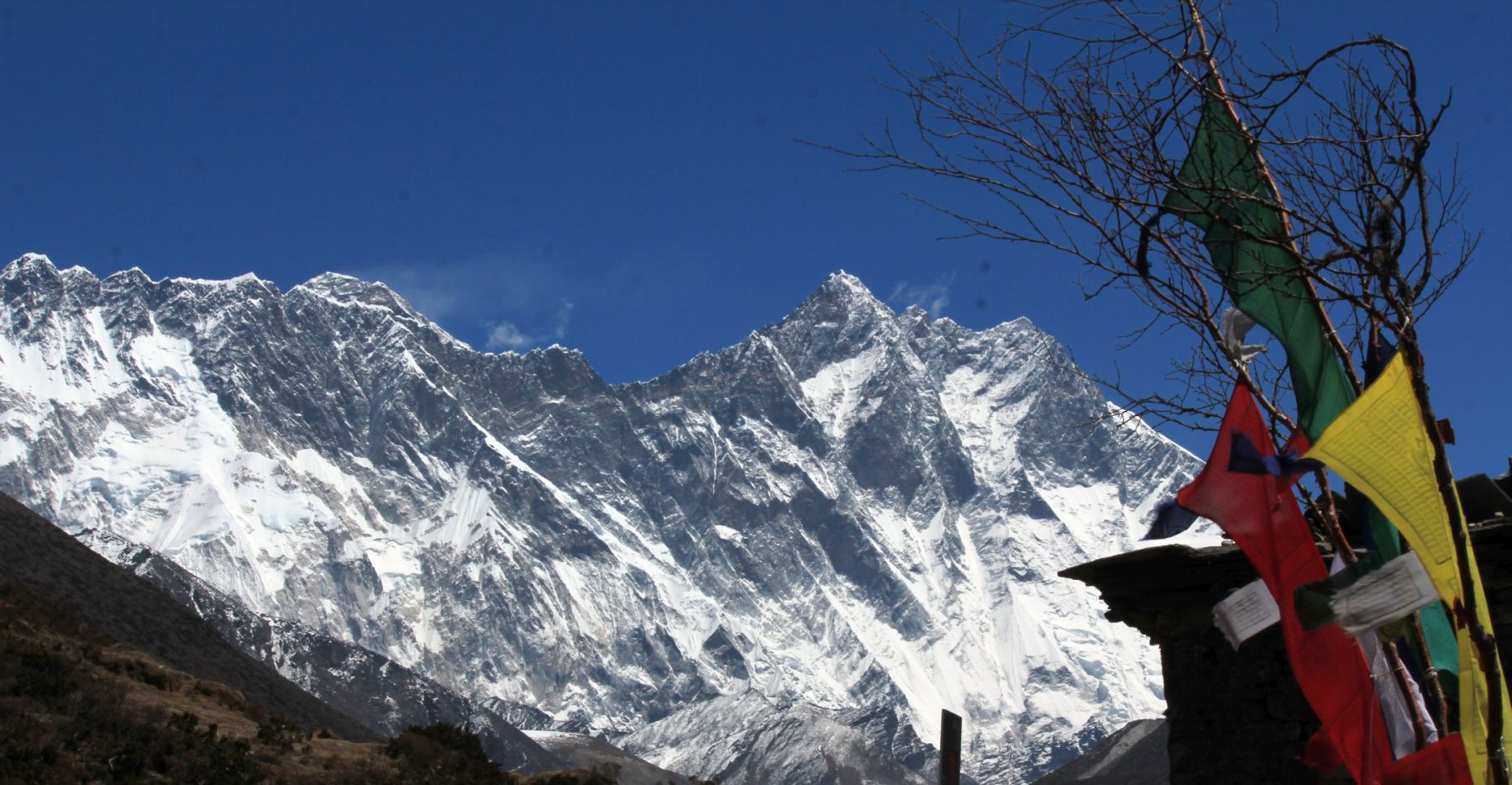 The Himalayan fall climbing season isn’t over just yet. Today we received an update via Explorers Web on the progress of the South Korean team on Lhotse, while we also get final confirmation on the departure of the squad that had been attempting Nuptse as well.

It has been awhile since we heard anything from the Koreans who have been toiling away patiently on Lhotse for weeks now. Poor weather had stymied their attempts to acclimatize, and for a time it seemed like they were simply stuck in Base Camp, waiting for conditions to improve. It seems their patience has paid off however, as the team has now set a schedule for their summit push, which should begin later this week, with an eye on topping out next week.
According to ExWeb, the Korean climber Sung-Taek Hong returned to BC this past Saturday after establishing the route up Lhotse to 7700 meters (25,262 ft). With the way now prepared, he and his teammates will rest for a few days before they begin heading back up. If everything goes as expected, they should set out tomorrow with the hope of reaching Camp 4 at 8100 meters (26,574 ft) on Saturday, November 7. That will put them in striking distance of the summit, which they hope to reach on November 12.
Weather conditions on the mountain are reportedly good at the moment, with just 15 cm (6 inches) of snowfall in recent days. That will make breaking trail far easier and less exhausting when they do start to go up. It is a bit perplexing as to why they will wait so long above 8000 meters before they launch the final push, but it could very well be that the snow is so deep at that altitude that they’ll need those days to clear the route. Either way, this time next week they could be on their way to the summit of Lhotse.
Elsewhere, we haven’t had any official announcement of Ueli Steck and Colin Haley’s departure from Nuptse just yet, but Hong has confirmed that they left the mountain. You may recall that the two men had joined forces with French alpinists Ben Guigonnet and Helias Millerioux to attempt the South Face of that mountain, but were turned back last week in poor conditions. Since then, there hasn’t been any word from the team at all, but it seems that as expected they departed Base Camp and are most likely headed home.
Over on Ama Dablam, Lonnie Dupre and his teammates are in position to make a summit push tomorrow. According to reports, the squad is now encamped at 6200 meters (20,340 ft) with everyone feeling good and ready to go up. The plan is to depart at 1:30 AM local time with the hopes of topping out by about noon.
Finally, Bill Burke has checked in from Base Camp on Burke-Khang, the 6941 meter (22,775 ft) peak that was named after him. The group arrived on the mountain last Friday and they have been preparing for their ascent ever since, including taking part in their Puja ceremony. They will stay in BC for a few more days while they make several acclimation treks, while they also watch the weather and start planning their schedule for the ascent. At this time, it is unclear as to when that will begin.
That’s all for today, but as you can see there are some exciting things happening in the Himalaya at the moment. I’ll post updates on the progress of these teams when more information is known.