“DO NOT throw the light directly into human eyes. This may cause temporary blindness or permanent damage to the eyes.” Is it just me, or is that exactly what you want to read in the instruction manual of a premium flashlight you’ve just purchased? At the end of the day, the main function we all … Read more Ursula Martin has recently returned to her home country of Wales after a three-year-long trek through Europe. Her walk was a personal mission and a quest to raise awareness for ovarian cancer, which she was diagnosed with ten years ago. Ursula found out about her diagnosis on another backpacking trip. She was due to walk … Read more 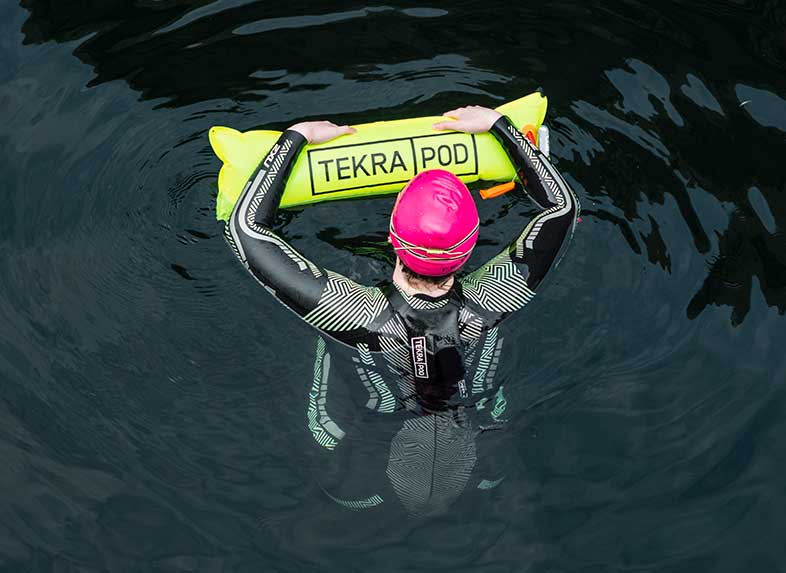 Thanks to social media and word of mouth, wild swimming has moved away from being an alternative pastime and is now a movement with its own subculture, Instagram celebrities, and die-hard fans. It’s a relaxing time for those lucky enough to live in warmer climates, and those of us stuck in colder countries with tough … Read more With the latest GoPro being the HERO9 you may wonder what is the reason for this review. After careful consideration in purchasing a camera to record hikes and other long-form adventures, I was put off by numerous reports of the HERO9 crashing during recording. The HERO8 still holds up compared to the 9 and there’s … Read more There really is no substitute for being out in the wild, device-free, in the thick of it. But, with lockdowns, family commitments, too many working hours, and everything else life throws at us, sometimes taking that first step into the natural world just isn’t possible. Society’s trappings can be escaped in another way though, rather … Read more

For fans of live music, the past eighteen months have been an absolute disaster. The UK is getting close to fully opening up, nightclubs and other big venues last on the list to reinstate freedom as we once knew it. There’s one man out there who took it upon himself to bring electronic sounds back … Read more

There was a point in time not so long ago where people were ambiguous about whether smoking was bad for you. We eventually reached a consensus where it’s almost universally accepted that smoking cigarettes are bad for your health. Very few people would now argue in favor of smoking for a healthy long life. We’re … Read more International travel is starting to become a reality for many weary travelers with itchy feet and an all-consuming sense of wanderlust. It’s time to dust off the backpack and get hyped for a future of travel that could potentially be mere months away for some of us.   In the meantime, you may require some re-education … Read more An unroped climber has suffered a life-threatening fall on North America’s most prominent and isolated peak. 31-year old Adam Rawski from Burnaby, British Columbia, was seen taking an almost 1,000-foot tumbling fall on the Denali Pass, as seen by climbers at the high camp on the West Buttress route. The event happened at around 18:00 … Read more 2021 is an important year for the outdoors community. This is the centenary year that marks the 1921 reconnaissance mission to Mount Everest. Following this were the first summit events in both 1922 and 1924. The Alpine Club will be hosting an exhibition to commemorate the missions that were the catalyst for our collective obsession … Read more